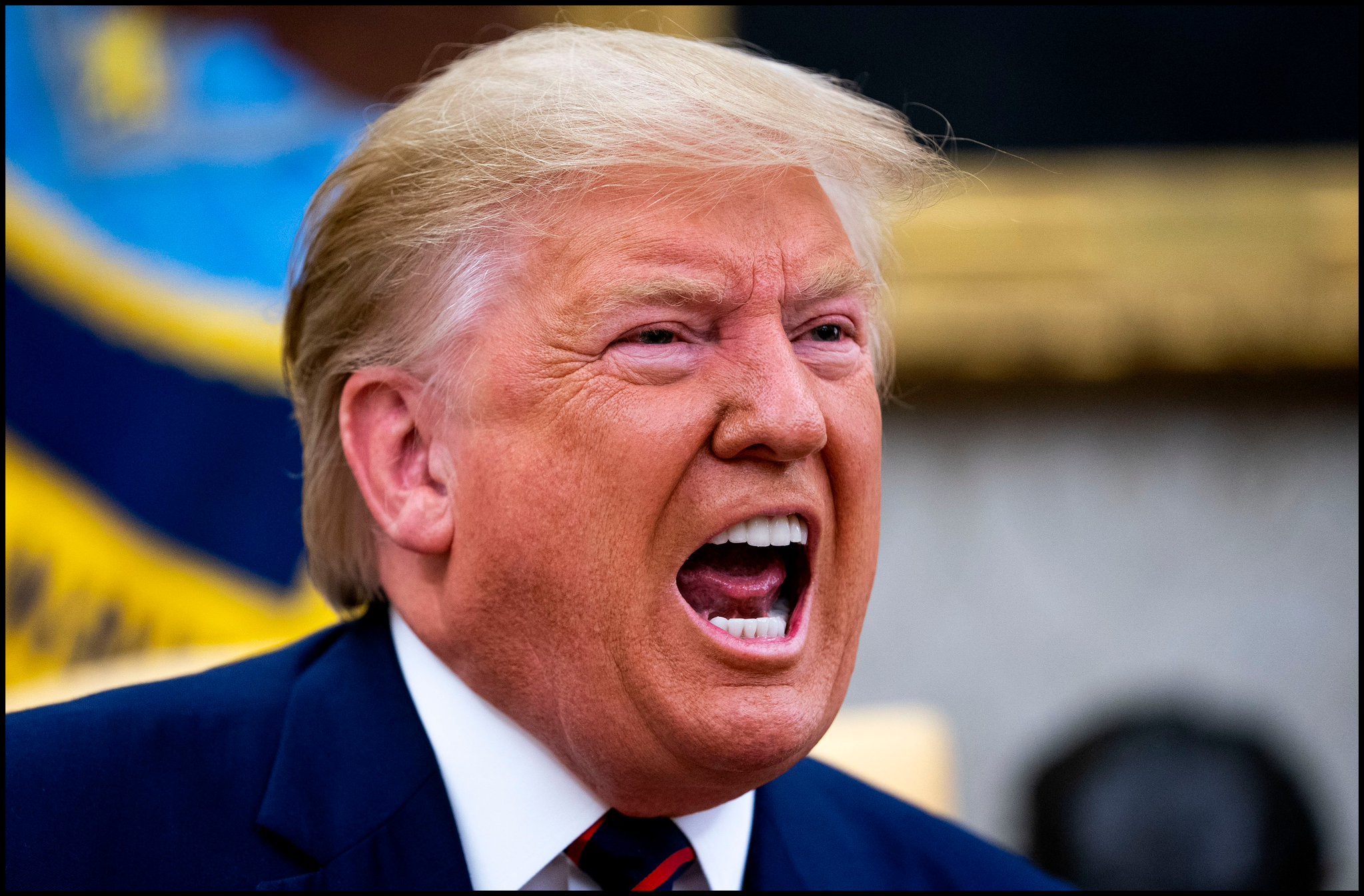 So, there was a #TrumpMeltdown today and that’s probably not even going to be the biggest story of the day because we are on an hourly news cycle now. This evening, there will likely be something as awful as you can imagine that will be shotgunned into the waiting gullet of this terrorized nation.
Lost in the shuffle here is a newfound appreciation for how many Trump staffers have decided to start unloading their worst stories about daily life in the White House:
Donald Trump reportedly told aides and cabinet members they were making him look like an “idiot” in an expletive-laden rant over his failure to clamp down on the nation’s southern border.
In a March Oval Office meeting in which he called for entry to the US from Mexico to be completely shut down, the president is said to have berated officials including secretary of state Mike Pompeo, aide Stephen Miller and former homeland security secretary Kirstjen Nielsen.
“You are making me look like an idiot,” he said, according to an excerpt of a new book featured in The New York Times, which said the statement also included an expletive.
Border Wars: Inside Trump’s Assault on Immigration by Julie Hirschfeld Davis and Michael D Shear, also claims that Mr Trump considered a range of increasingly bizarre border policies – including fortifying the wall with a moat filled with snakes or alligators.
The week ended with the firing of Ms Nielsen after the 45th President said he wanted a cement wall on the Mexican border, despite contracts having already been secured for a steel barrier.
Trump is unhinged and he’s going to burn down the United States government around him in order to prove to these staffers that he’s not the problem, you’re the problem. It’s all well and good that they’re continuing their noble tradition of trying to curry favor with the Beltway media complex by leaking juicy secrets, but, at the end of the day, none of these people should be allowed near the halls of power again. We need a thorough removal of marginally capable politicians, and we need to establish some standards for conduct in office.
President Obama was as capable, thoughtful, competent and as professional as any president we have ever had, probably the finest ever. If you can’t meet the Obama standard, you can’t be president.
on October 02, 2019