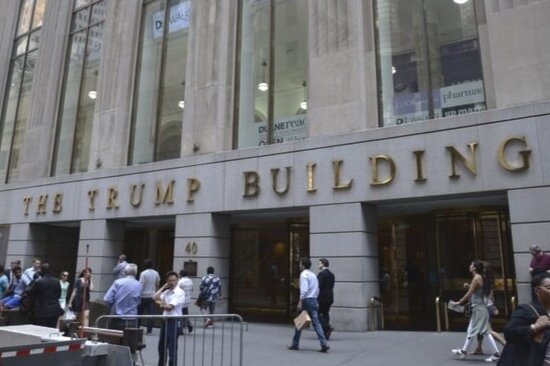 I guess he’s going to pardon himself for this, too:

Documents obtained by ProPublica show stark differences in how Donald Trump’s businesses reported some expenses, profits and occupancy figures for two Manhattan buildings, giving a lender different figures than they provided to New York City tax authorities. The discrepancies made the buildings appear more profitable to the lender — and less profitable to the officials who set the buildings’ property tax.

For instance, Trump told the lender that he took in twice as much rent from one building as he reported to tax authorities during the same year, 2017. He also gave conflicting occupancy figures for one of his signature skyscrapers, located at 40 Wall Street.

A dozen real estate professionals told ProPublica they saw no clear explanation for multiple inconsistencies in the documents. The discrepancies are “versions of fraud,” said Nancy Wallace, a professor of finance and real estate at the Haas School of Business at the University of California-Berkeley. “This kind of stuff is not OK.”

New York City’s property tax forms state that the person signing them “affirms the truth of the statements made” and that “false filings are subject to all applicable civil and criminal penalties.”

The punishments for lying to tax officials, or to lenders, can be significant, ranging from fines to criminal fraud charges. Two former Trump associates, Michael Cohen and Paul Manafort, are serving prison time for offenses that include falsifying tax and bank records, some of them related to real estate.

I really hope that the State of New York is serious about going after Trump and his family. After Trump writes out pardons for everyone and leaves office, the only recourse that Americans will have is to watch New York prosecute Trump and try to stop all of the fraud that he’s been committing in plain sight. Trump will, of course, send a legion of incompetent attorneys into that fight, and they’ll spend years throwing sand in all of the gears.

The end game here is obvious. Trump is going to steal everything he can, foul every process and effort to hold him accountable, and leave nothing for his children to fight over. I would be shocked if his “wife” ever receives a dime.