Another Failed Bureaucrat Spills the Beans 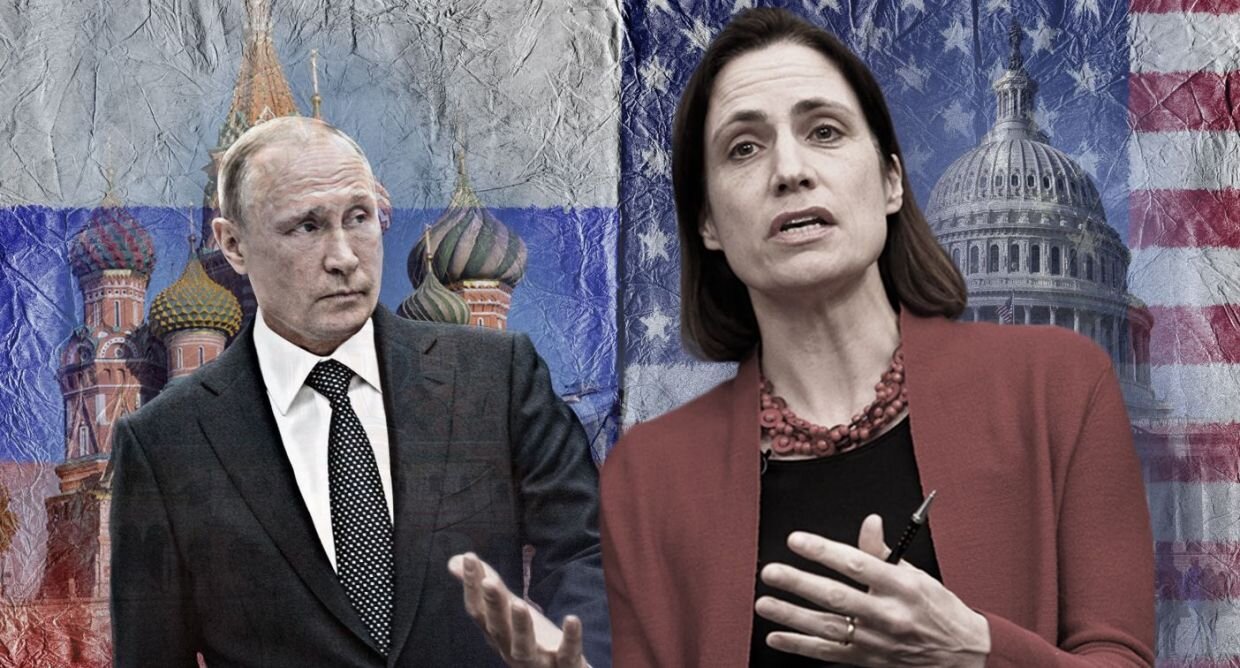 Yet another State Department employee went before several House committees yesterday and unloaded on the Trump regime:

Fiona Hill, President Donald Trump's former top Russia adviser, raised concerns about Rudy Giuliani's role in US foreign policy toward Ukraine, telling lawmakers on Monday that she saw "wrongdoing" in the American foreign policy and tried to report it to officials including the National Security Council's attorney, according to multiple sources.

"She saw wrongdoing related to the Ukraine policy and reported it," one source said.

The same source told CNN that Hill testified that former national security adviser John Bolton referred to Giuliani -- Trump's personal attorney -- as a "hand grenade" who was "going to blow everybody up," as first reported by The New York Times.

Hill additionally told lawmakers about what she described as a rogue operation carried out by US Ambassador to the European Union Gordon Sondland and White House acting chief of staff Mick Mulvaney, which Bolton characterized as being like a "drug deal," that source said.

The entire Ukraine affair is a fiasco of epic proportions. It has snared dozens of officials in criminal wrongdoing. It failed to achieve even the most basic goals of a massive criminal operation—no one can keep quite about it, everyone knows they broke the law, and if we had an operating Justice Department right now, there would already be a Special Prosecutor lining people up for indictments, FBI interviews, and plea agreements.

At one point, Hill was described as being fully on board with what Trump wanted to do, which was fool the American people into thinking he wasn’t an asset of Vladimir Putin:

In that sense, she’s almost certainly not part of the “resistance” described in a recent op-ed in the New York Times by a senior member of the Trump administration, who praised the president’s national security team for countering Trump’s worst instincts, including his “preference for autocrats and dictators, such as President Vladimir Putin of Russia.” Hill was proposed by some, including CNN’s Chris Cillizza, as the author of the op-ed. But at least one person who knows her says that’s impossible. Little in her career suggests the kind of sly political maneuvering the Times op-ed represented.

Yet Hill and her peers have managed to craft a Russia policy that is, by any measure — sanctions, expulsions, military buildup — tougher than that of the Obama administration. Trump has not always championed this approach, but he apparently hasn’t hindered Hill and her colleagues on the National Security Council or in the State Department from doing their work. He has, in effect, sanctioned a Russia policy that is entirely at odds with his own pronouncements.

One person who knows Hill well and worked with her on the NSC says Hill is not a Russia “hawk,” a term that suggests a desire for war, but “a realist,” one who “doesn’t want to be duped by the Russians,” the former official said, speaking on the condition of anonymity in order not to jeopardize past or present professional affiliations. Hill, whom the NSC declined to make available for an interview, is also unlikely to be rattled by Trump’s tweets, or by the baroque shows of disloyalty that regularly emanate from the White House. “Her job is not to keep up with the craziness of D.C.,” the former official said. That may be why Hill has kept her job, even as many around her have lost theirs.

Everything in this article has turned out to be complete and utter self-serving inside-the-beltway bullshit, served with a dash of naïveté. The exposure of Hill as a wiling participant in one of the most ham-fisted and incompetent mob shakedowns ever attempted is just another day in America. Think of what we don’t know yet! It is probably monstrous and involves Trump doing monstrous things while the staff hides behind the drapes.

She should have resigned years ago. She should not have accepted the position working for Trump. Why are people so quick to make heroes out of people who stood by and watched all of this happen? The fact that she is spilling her guts now is all well and good, but the reason why we're here today is because of a systematic failure on the part of the elites in 2017 to stop the Trump administration from happening in the first place. If the GOP had said, after the first 90 days, "that's enough of that," we'd be in a far better place.

I’m not interested in rehabilitating these people. Anyone who went to work for Trump should be shunned. They are not heroes for testifying before Congress. They are witnesses to a debacle that they helped enable.