This Country is Already Great 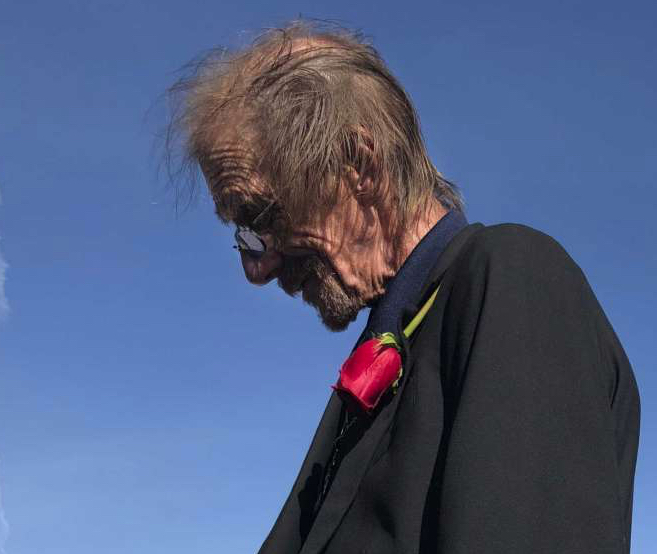 Antonio Basco lost the woman he loved, and so he invited everyone to her funeral. And damned near everyone showed up:

When Jordan Ballard read that one of the victims of the El Paso massacre had few relatives and the public was invited to her funeral, the Los Angeles resident bought a plane ticket and flew to Texas to honor a woman she had never met.

She was one of hundreds of strangers who braved 100-degree (38 Celsius) heat to pay their respects to 63-year-old Margie Reckard. Feeling heartbroken and alone after her death, Reckard’s companion of 22 years, Antonio Basco, had welcomed anyone to attend.

The service was moved from a funeral home to La Paz Faith Memorial & Spiritual Center to accommodate the crowd. Vocalists and musicians volunteered to help, including a mariachi band. Condolences and orders for flowers poured in.

“He felt like he was going to kind of just be by himself with this whole thing but it’s not so,” Perches Funeral Homes director Harrison Johnson said Thursday of Basco.

It has to be a hard thing to imagine an empty church and indifference all around you when the worst possible thing that could happen to you happens like it did in El Paso. But what few people understand is that it is communities like this, which are predominantly working class, poor, and filled with immigrants, that make up the future of America. In forty years, the president will be someone from a town in the middle of nowhere, who remembers being poor and who will never forget what has been said and done to the vulnerable and the desperate as they came here. It might even be someone born in a shelter made of military tents, just over on this side of the border, making them eligible to be the 54th or 55th president.

The lesson we had better learn from Mr. Basco is that he is just as American as anyone around him. He is uniquely and self-evidently American in his approach to opening his heart to the community around him. His simple act is enough to build a community of kindness that is desperately needed. We are losing that, and we are inundated with the screeching of horrible people who hate reflexively because they have stopped trying to be a part of their physical world. They live to hurl insults on the Internet and pull guns on people who live a few doors down. This country and this world doesn’t make sense to them because they are warped with hate and have been told by the president that their racism and bigotry are A-OK in his book.

Thanks to Trump and his base, every day seems to be worse than the day before; however, today my wife reminded me to look to the love that was shown in El Paso, and see what actually is American. It’s in the turnout at that church. It’s in the love that was shown to a stranger who did nothing to deserve what happened to him and the love of his life. America has always been great and we can’t let Trump take that away from us.