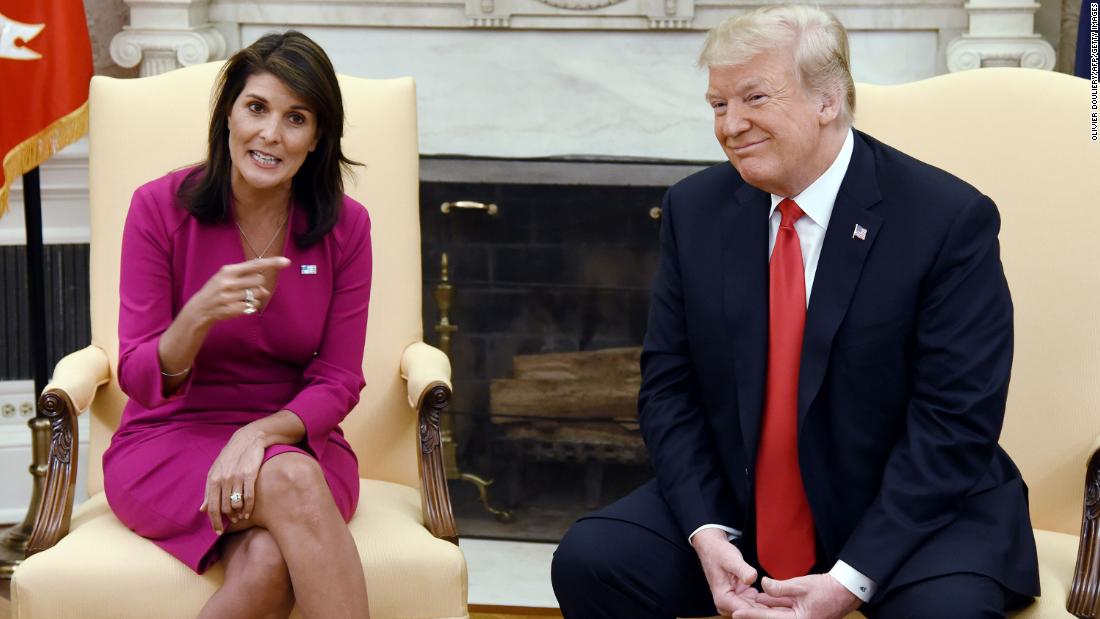 Mike Pence has to realize one thing, and one thing only. Working for Donald Trump is a temporary job, and nothing more. He will leave Trump’s orbit at some point, and that might be sooner than we think.

I’m going to give you a scenario where Pence is asked to step down or left off the ticket in 2020, and you can take it with a grain of salt because I have no insider knowledge and just a hunch that I wanted to share.

Nikki Haley is everything that Pence is not. She’s popular enough to give Trump a boost that he is going to need next year when it becomes apparent that America is going to go in a different direction. You think the polls are bad now, wait until there is even the mildest of recessions. Trump is structurally unpopular with the American people and cannot ever hope to see anything north of a 50% approval rating. And so the table is likely being set in this manner—a desperate president, at the top of a floundering ticket, is going to dump Pence and bring Haley in to rescue his presidency.

Pence is loyal, of course, but the only thing he can deliver is his peculiar version of toadiness to the Trump brand. He can go on television, and when people ask him about what the president has said and done, Pence will deny it and lie about it and change the subject. In this way, he has barely anything to offer. He has no money, Indiana is pretty likely a GOP win in the Electoral College, and he has the disadvantage of being a male.

If Trump were to get rid of Pence, he could nominate Haley to fill the job, and trigger a crisis entirely of his own making. In order to take the position of Vice President, Haley would have to be confirmed by a simple majority vote in the House and Senate. The Senate vote would be easy. The House vote would put Democrats in the position of denying Trump the Vice President he has chosen, who is a woman and a minority. This would trigger a few spasms of outrage and pity I would imagine. I suspect Nancy Pelosi would see this trap coming and, without a reason to deny Haley the job, would have to accede to the wishes of the Trump White House.

Of course, this would drive away many of the hardcore racists who support Trump. So, there’s that. But there’s also a belief that the only way to hold on to power is to move to the center and add someone to the ticket who can save Trump’s wretched hide. I believe there will be a number of Hail Mary passes in the months ahead, and this one makes sense to me.

The media would love this. They would eat up the comparisons to the Democrats. They would sell Haley to the American people as a return to normalcy and as someone who would normalize Trump. Don’t let anyone fool you—the media wants a second Trump term in office. They are making bank off the outrage of decent people in this country, and they are not willing to stop milking the pain being inflicted on the country.

Haley has a future in the GOP, and I don’t see this as turning her into Sarah Palin or Paul Ryan. I see this as turning her into a future candidate for higher office, someone more viable with a higher profile. Haley herself being relatively normal and not insane also helps. Pence and his weird motherly shit have always freaked out Trump. Having an attractive younger woman near him is always a plus.

Picking Haley would give Never Trumpers some cover as well. They would see a relatively stable and independent Vice President as preferable to the bootlicking stoogery of Pence. I honestly don’t believe there even is popular support for Pence. He is destined to be forgotten, another Dan Quayle to throw away.

Now, the question is, how would this be received? It’s a strategic move of epic proportions to name the first female Vice President of the United States in order to win re-election. Trump’s base wouldn’t care, so long as Haley were sufficiently cruel to immigrants. Oh, wait, Haley was, herself, an immigrant. Well, who would have guessed? At this point, you have to throw up your hands because we’re dealing with crazy people.

By nominating a woman of color whose parents came here from India, Trump could deflect some, but not all, of the attacks that are going to be directed at him in the months ahead. He will be hit on virtually every front, and will play the victim in every situation. But, if you’re a racist, white nationalist who needs to win suburban women, then dumping Pence for Haley makes a hell of a lot more sense than losing the next election outright and ending up being indicted at 12:01 PM on January 20, 2021.

There you go, and I’ve already talked myself out of it twice just thinking this through.