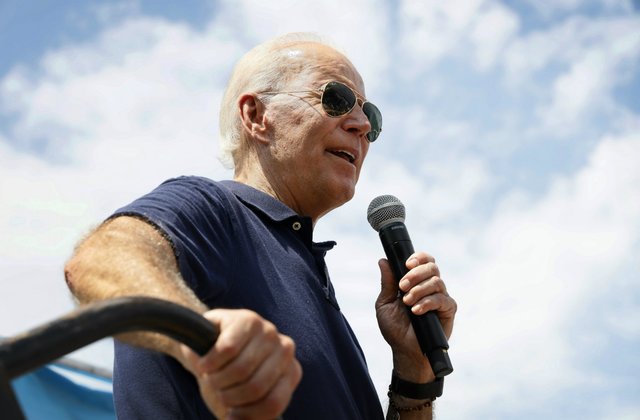 Years ago, I noticed that Joe Biden had a propensity for saying things out loud that would make you cringe. Whether that stemmed from being bad on the campaign trail or not ready to be in the spotlight, I’ll leave that to you. Biden was a solid U.S. Senator, and probably should have stayed one. That seemed to be his highest level of accomplishment and achievement.

The fact that he was elevated to the Vice Presidency probably ended what would have been a more effective Senatorial career (would Barack Obama have been elected if he had picked Hillary as Vice President?). Right now, if Biden were in the Senate, we’d have a credible voice on foreign policy and following the arcane rules of conducting the affairs of the country. I suspect Mitch McConnell would ignore him, but oh well.

In any case, whether we’re talking about President Obama, Hillary Clinton, or Joe Biden, or any other Democrat, there is one hard and fast rule. They have to be perfect in everything they do. One mistake, one slip up, and they are torn to pieces for it. The media believes that Democrats have to come completely formed and prepared for any challenge, linguistic or otherwise. If they forget a word, get a detail wrong, or make a mistake of any kind, it means they are not presidential.

With the Iowa State Fair attendees taking the measure of 2020 Democrats, some say they're increasingly concerned about former Vice President Joe Biden's verbal gaffes and mistakes on the stump.

"Well, I like Biden, he just keeps saying dumb stuff. He feels comfortable in interviews, but his staff just needs to really consider what they're letting him say," said George Alberson, a 62-year-old retiree. "People I know still like Biden. Whether that's predicated on the facts, I have no idea."

Since arriving in Iowa last Wednesday Biden has stepped on his own message of condemnation about President Trump, tempered with words of reconciliation.

On Thursday Biden spoke at an Asian and Latino Coalition Town Hall and conflated low-income students with racial minorities.

Republicans can literally shit all over themselves, make up new words, and say crazy things through bubbling lips covered with foam and confusion and that’s okay, the Daddy Party can do no wrong.

Trump can wheeze and sniff through a mountain of self-referring gibberish and can simulate a sex act with a donkey and no one says a Goddamned thing. Republicans can invent fantasy worlds full of conspiracy theories and the media just shrugs and hopes for an invite to the next dinner party. Any Democrat who ever made anything close to an error like “many fine people on both sides” or “God bless those in Toledo” would have been given the Howard Dean scream treatment. So, call me when Joe says anything even as remotely revolting and ugly as whatever Trump was given a pass for saying yesterday.

The media isn’t paying attention and, quite frankly, neither are most of the voters. It’s too soon to even contemplate a nominee, let alone worry about polls.
on August 13, 2019