Trump is the President of Nothing 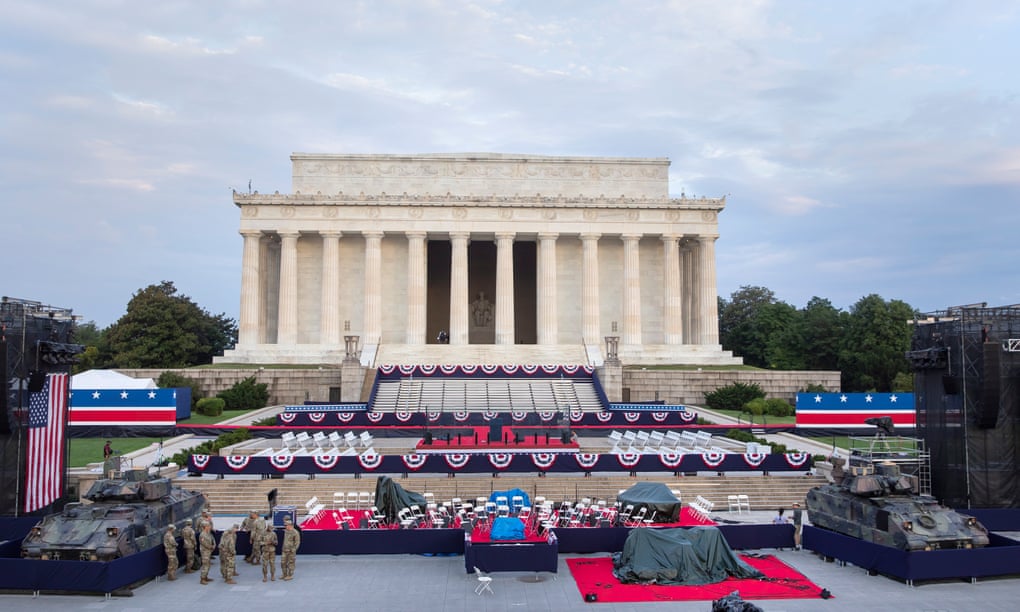 Why is it only just now beginning to dawn on people that Trump is not only incompetent, crazy, and vile but that he is also politically radioactive as well?

White House aides have reportedly struggled to draw crowds to Donald Trump’s Fourth of July celebrations, with service chiefs for the Army, Navy, Air Force or Marine Corps set to skip the planned display of military might.

Despite facing accusations that he is politicizing an important holiday, emulating displays in authoritarian countries and wasting taxpayers’ money, Trump is set to mark Independence Day by delivering a speech about patriotism on the steps of the Lincoln memorial.

The event, which Trump said would be the “show of a lifetime,” will also feature a flyover by Air Force One, a display of tanks and a lengthier-than-usual fireworks display.

In a morning tweet, Trump called the event “SALUTE TO AMERICA” and claimed people “are coming from far and wide to join us today and tonight for what is turning out to be one of the biggest celebrations in the history”.

The Pentagon said the administration has provided 5,000 tickets for Trump’s Independence Day event to the military. Trump’s 2020 re-election campaign has also handed passes out to Republican allies and donors.

But White House aides have reportedly struggled to draw crowds to the event because of the last minute arrangements. Congress is not in session, and Washington typically becomes quieter over the holiday, as residents escape the city’s summer heat.

“They started this too late and everyone has plans already,” Dan Eberhart, a Republican donor, told Politico, which reported that even top level White House officials were also expected – but not confirmed – to attend.

Do you know what people are really paying attention to right now? Whether they can get re-elected next year. Get ready for another wave of retirements (basically, that’s what Justin Amash did with his decision to leave the Republican Party).

Why would anyone stand next to Trump in public right now? He’s the most unpopular incumbent in the history of polling. He has consistently faced disapproval ratings that would make any reasonable person think, hey, I’m bad at this, I’m bad at my job, and people do not like what I’m doing.

The problem for you and me is that he won’t do the right thing and resign. He won’t do what Lyndon Johnson did and decline to run for re-election. But, here’s what should give everyone something to think about. An energized Democratic Party is ready to pull out all the stops and fight for control of the White House. We have great candidates and a fantastic debate going on. The Blue Wave of 2018 was a tsunami, and Democrats are going to be able to run against an unpopular president who stages horrible things like what we’re seeing today. A shitshow at the feet of Abraham Lincoln is all it is. Elect a clown and you get the circus for free.

All of this reveals that Trump doesn’t lead America, nor is he really president of anything. The people are not behind him. If there was a cataclysmic event, the first reaction from a majority of Americans would be to discount or simply ignore anything Trump had to say.