Tom Steyer Wants to Be a Spoiler 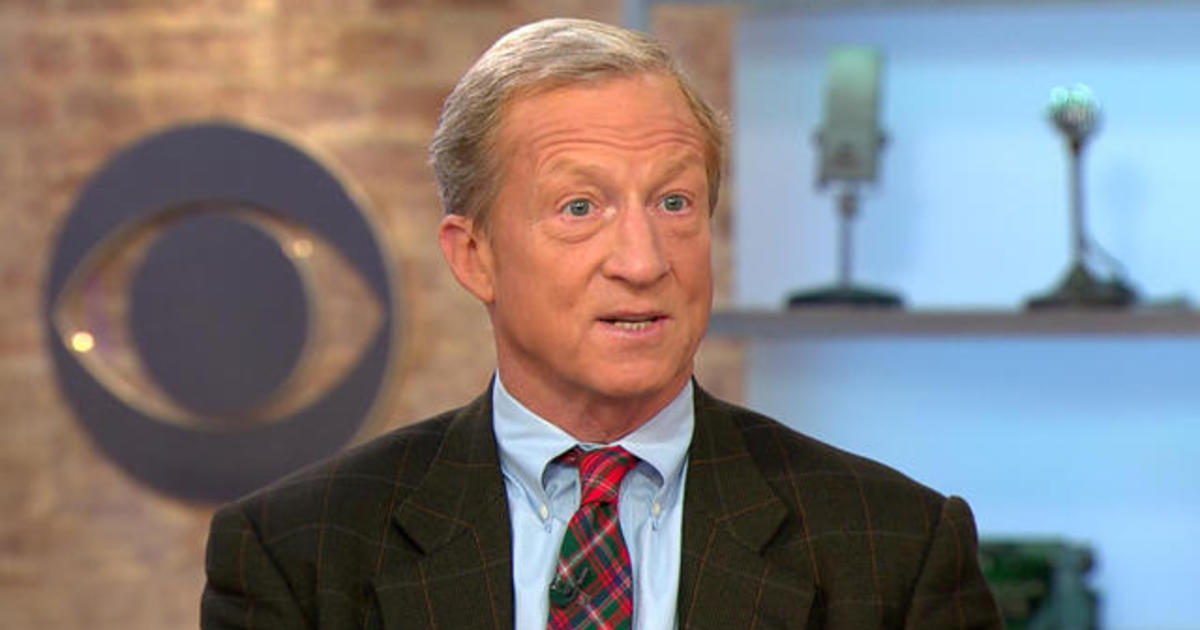 This is the same self-serving bullshit that Howard Schultz couldn’t sell to the American people:

Billionaire Tom Steyer, a longtime friend and key donor to liberal candidates and causes, says he decided to run for the Democratic presidential nomination next year because no other candidate was offering a "mandate for change".

But by deciding to fund his long-shot bid with $100 million of his own money, some Democratic activists believe all he will end up doing is denying his money to grassroots organizations and candidates in Senate and House races that Democrats are desperate to win.

Steyer's political bona fides and passion are not in question. He has worked for years on issues of climate change and voter engagement and donated about $170 million since 2015 to his independent political action committees, Need to Impeach and NextGen America.

I don’t get why Steyer is refusing to acknowledge that over half of the Democratic field is more than qualified to offer a massive change to Donald Trump. The other half is merely decent and correct on most issues and would offer significant structural changes that would go well beyond whatever it is Steyer believes he can deliver. Every single Democrat running right now would be a tremendous improvement over Trump and the very act of stepping into the White House would extinguish the dumpster fire that is Trumpism as soon as they took office.

He’s trying to be a spoiler. Something about these candidates has thrown him off and he wants to derail them. Either that, or he’s delusional and thinks he needs to save us from something. The only way to save America from Trump is to vote for a Democrat. Plain and simple. Anything else throws the race to the GOP.

I mean, come on. Elizabeth Warren isn’t ready to deliver a mandate for change to the American people? This is ridiculous and demeaning of Steyer to espouse as his reason for entering the race. She offers detailed solutions and plans that he could only dream of developing on his own. Same for Joe Biden and all the others I’m in danger of forgetting because it is a massive field of well-qualified, optimistic and capable candidates.

Cory Booker offers a massive amount of change in the way things would be done. Kamala Harris would work night and day to effect change. The same goes for Amy Klobuchar and for Pete Buttigieg. Beto O’Rourke, Michael Bennet, John Hickenlooper, Kirsten Gillibrand and pick three others at random are ALL change agents and have plans of their own. Hell, I’m even going to say something nice about Bernie—he offers a substantive mandate for change that, while I don’t think is realistic, is at least as substantive if not more than whatever Steyer thinks he has to offer.

Excepting, of course, Seth Moulton and Marianne Williamson. Fuck those two. And whoever else is on the ass end of this thing that I don’t like.

Hell, Jay Inslee, in and of himself, is offering the climate change mandate and is the de facto Steyer candidate in this very same race. All the others want to undo the damage Trump has done and I’m just not able to recall which Democrat wants to keep things the same, do nothing, and let the planet burn. Sheesh.