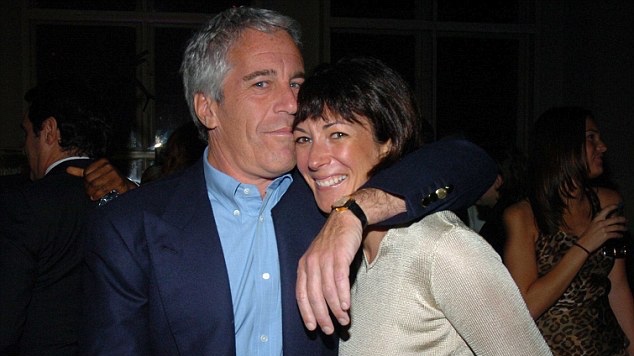 Jeffrey Epstein is probably one of the most successful human traffickers in history. Rarely does anyone enter that world and emerge from it a billionaire who, at least until recently, could not be touched. I want to draw your attention to one of the details that emerged today:

In a memo filed to the court, prosecutors outlined the scope of Epstein's vast wealth to argue that he has the means to flee the country and escape prosecution, noting that he not only has homes in Manhattan, Palm Beach, New Mexico and Paris -- with his Upper East Side townhouse, of which prosecutors are seeking the forfeiture, alone worth $77 million -- but also owns a private island in the US Virgin Islands.

He also has three US passports, owns at least 15 vehicles and has access to two private jets, according to the memo.

"He is a man of nearly infinite means, your honor," Rossmiller told Judge Henry Pitman.

The prosecutor also pointed out what he described as Epstein's brazenness and willingness to flout the law. He specifically cited the trove of photos that were seized during the search of his house on Saturday, some of which were discovered in a locked safe along with compact discs with hand-written labels that read, "Young [Name] + [Name]," "Misc nudes 1," and "Girl pics nude."

And he said that when officials entered Epstein's Manhattan home on Saturday, they found "the massage room was still set up in the same way it was 15 years ago, with a massage table and sex paraphernalia."

Let’s highlight the part that shows us how Epstein became a billionaire:

And let’s really focus on this part:

When James Comey famously said, “Lordy, I hope there are tapes,” this may or may not have been what he was referring to. And these may only be still photographs, but I suspect that what was discovered today was the extortion piece of the Epstein empire. Epstein has photographic or video evidence of a young female with a person that he is extorting information from.

Now, that may or may not be the case here. I do not claim to have insider information—I’m simply looking at what was released to the press today. What I think the Feds have discovered is that Epstein was planning on destroying this evidence or using it in some way. They may have flipped someone weeks or months ago, sent them in with a wire to talk to Epstein, and heard something that would convince a judge to authorize a search warrant of Epstein’s property.

Who was that person? And why does that remind me of everything the Feds do to gain an advantage, even when it comes to someone who was “made” like Epstein clearly was? And when I say 'made,’ I mean it in a more legitimate sense. Epstein was created by someone else and may have been a cog in a larger machine. He was made in the sense that the law couldn’t really touch him. This is what kicked off the whole thing—if it hadn’t have been for the sweetheart deals, this asshole would have been living under a prison somewhere.

Isn’t this what the Supermax is for? The Epsteins of the world?

The fact that he was so brazen is one thing. Why would he have that information on American soil? Why wouldn’t he have it offshore? Or did he ensure that if someone tried to kill him that there would be multiple facilities, both in and out of the United States, where an associate of his could leak fatally damaging information about the people he was extorting? It boggles the mind, unless you’re familiar with the Russian methodology of turning people through the use of compromising material.

Epstein could have created an elaborate system of blackmailing powerful men with pornographic images or what the Russians call Kompramat. That would likely include everyone from Prince Andrew and President Clinton on down to Trump and Alan Dershowitz (or none of them, because, hello, we just don’t know). He could have used dozens of men to manipulate markets, carry out business agreements, and he could have done so by holding this compelling information on them in order to get whatever he wanted. Within some limits of reason, of course. There would have had to have been a mutual advantage to dealing with Epstein that made the extortion tolerable. I think that is one likely explanation for being able to amass a large amount of wealth and then maintain defenders like Dershowitz. It may have been as simple as a ‘you scratch my back, I’ll scratch yours, but remember that I own you’ kind of arrangement.

Epstein had to have been very calculated and exacting in this manner because otherwise he would have been dead a decade ago. Did the FBI raid reveal one part of his extortion setup? Did they discover the back up files in a place that was hidden and known only to someone who has already been flipped?

Again, this is all mind boggling. And very, very Soviet, if you ask me.