The Dog and Pony Show 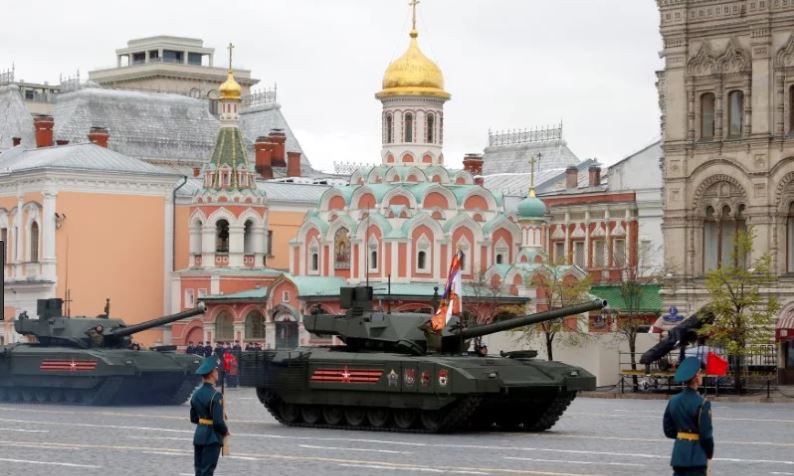 In Russia, tank parade lands on you!

Worried individuals are actively leaking the behind-the-scenes details of Trump’s decision to hold a military tank parade on Pennsylvania Avenue. You’d think someone was about to shit their pants:

But in recent days, another issue has competed for Smith’s attention: how to satisfy President Trump’s request to station tanks or other armored military vehicles on the Mall for his planned Fourth of July address to the nation.

The ongoing negotiations over whether to use massive military hardware, such as Abrams tanks or Bradley Fighting Vehicles , as a prop for Trump’s “Salute to America” is just one of many unfinished details when it comes to the celebration planned for Thursday, according to several people briefed on the plan, who requested anonymity to speak frankly.

White House officials intend to give out tickets for attendees to sit in a VIP section and watch Trump’s speech, but did not develop a distribution system before much of the staff left for Asia last week, according to two administration officials. Officials are also still working on other key crowd management details, such as how to get attendees through magnetometers in an orderly fashion.

Has everyone been asleep since Inauguration Day, 2017? There is no moderation involved when it comes to the spectacle of Trumpism. It will be tanks on parade or nothing. Someone has to entertain the half-wits and the failsons of our Republican rulers.

Never mind that this is straight out of the old Soviet playbook. Always dress up what little of your military equipment is still working and drive it past the Kremlin so that the meek will tremble before the wrath of the mighty. How would you have liked to have been the poor sap whose T-64 broke down in front of the cameras? Off to the Gulag with you, then.

There was a time when Democrats and Republicans routinely mocked the Kremlin’s military parades. No more. The GOP is firmly adherent to the cult of Putinism via Trumpism. They are practically the same thing, although one comes with a saltier bag of dicks.

Really, it’s just a tragic reminder that a mere handful of Republican senators could stop this bullshit. GOP officials at the cabinet rank could solve everything and sign documentation invoking the 25th Amendment. But none ever will. There is no courage on the Republican side of the House or Senate. A fully independent judiciary routinely lets the Constitution end up in the toilet. And I have no use for the so-called “Never Trumpers” out there. Really, would you be so vocal if someone had given you a job working in the White House? Of course not.

These people have debased the very idea of America, all in the name of wringing liberal tears out of a horrified nation.