Standing Up to the Sadists 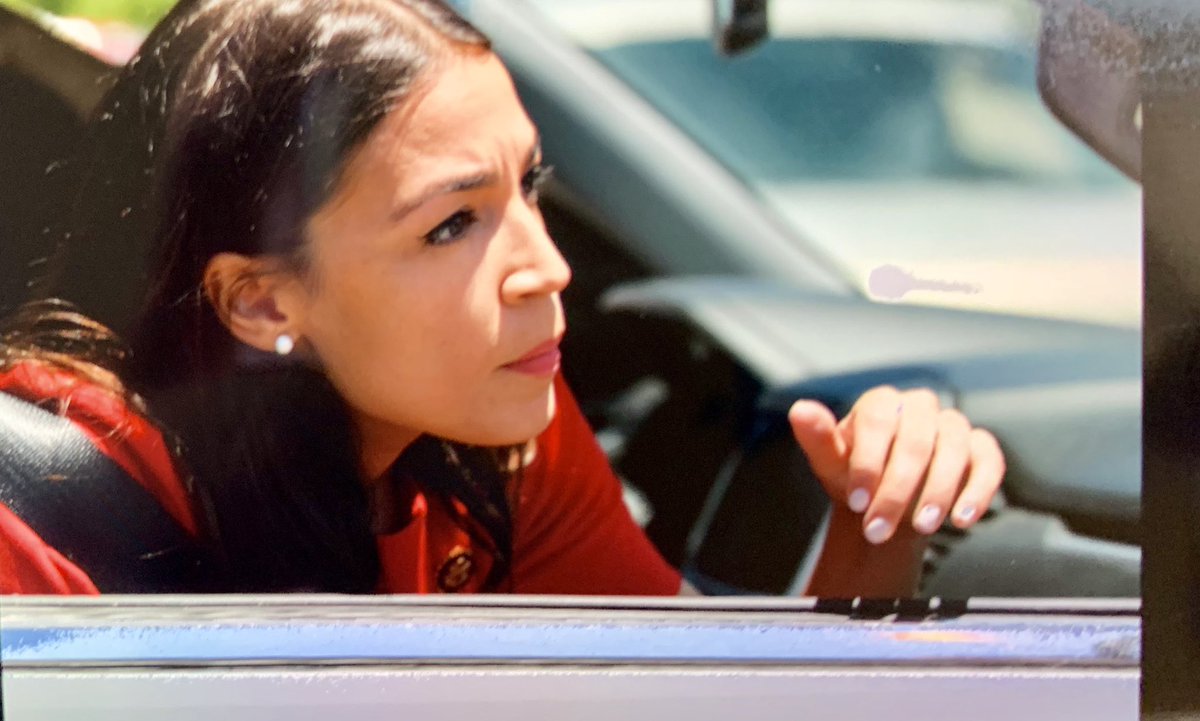 Alexandria Ocasio-Cortez is doing exactly what every single male in Congress should be doing—she is standing up up for the weak, the oppressed, and everyone who is living at the mercy of what seems to be a veritable gang of thugs and sadists:

Democratic members of Congress decried the treatment of detained immigrants in border detention facilities following a tour of one such building here that has come under scrutiny following reports of squalid conditions.

In a series of tweets, Democratic Rep. Alexandria Ocasio-Cortez said after touring a separate facility earlier in the day, "People (are) drinking out of toilets, officers laughing in front of members Congress."

"I brought it up to their superiors," she said in one tweet. "They said 'officers are under stress & act out sometimes.' No accountability.

Ocasio-Cortez said in an interview with CNN that she did not feel safe.

"In the last facility, I was not safe from the officers," she told CNN's Natasha Chen on her way into the Clint facility. Ocasio-Cortez grew frustrated during the tours. She screamed at Border Patrol agents for trying to take selfies with her before she toured one facility, according to her spokesman Corbin Trent.

Ocasio-Cortez is seeing through the bullshit, and she is doing the Lord’s work in trying to get people to realize how bad things are for the people being held in these facilities. If she were a man, no one would be complaining about her language or demeanor. This is sexism 101.

Up til now, she’s been spot-on in her assertions and observations about things, so I have no problem going out on a limb to say that what she is seeing is probably as bad, if not worse, than what we’ve already been told. She has something very few people do right now, and that’s credibility.

She wasn’t alone, of course, but the pussies who are crying out that the mean little woman from New York City who yelled at them can’t cover up all of their crimes against humanity:

Lawmakers congregated in front of the beige facility Monday afternoon and decried the conditions, as protestors chanted over them. Chairman Joaquin Castro, flanked by his colleagues, said, "The system is still broken." Posters saying #Free the Children and "Humanitarian Aid Is Never a Crime Drop the Charges" floated overhead.

"It's not just about money, it's also about the standards of care," Castro told CNN. "We're going to have put a hell of a lot of pressure on the Trump administration, through appropriations, through investigations, to get them to change what they're doing."

In an interview with CNN, Rep. Nanette Diaz Barragán expressed frustration about not getting sufficient answers from officials. "We're not getting any answers on some of the programming, like (Migrant Protection Protocols)," she said. The MPP policy requires that some asylum seekers wait in Mexico for the duration of their immigration hearings.

Democratic Rep. Madeleine Dean of Pennsylvania tweeted "conditions are far worse than we ever could have imagined" and that "this is a human rights crisis."

"(Fifteen) women in their 50s- 60s sleeping in a small concrete cell, no running water. Weeks without showers. All of them separated from their families," Dean wrote on Twitter.

This is the work of sadists, top to bottom. You cannot let situations like this get so far out of hand that members of Congress end up seeing the results for themselves. That is inexcusable, and for these people to fail to understand that it is the right and the privilege of members of Congress to inspect their facilities and see how taxpayer dollars are being spent is just impossible to comprehend. What did they think would happen?

Did they really think they could house people in filth and no one would say anything? Do the men and women running these facilities have no decency or self-respect? And do they not realize that if they’ve broken the law, they are going to be tried and punished? What the hell were these officials thinking? Congress is now going to bring the walls down around them if they find more evidence of wrongdoing and criminal behavior. Hell, this goes to the level of a massive human rights violation, right here in the United States of America. If these were white college girls from the University of Alabama being housed like this, they’d bury these guards under the goddamned jail.

What country do they think they live in? Just because Trump and the Republicans are in power, that does not excuse anything they’re doing, nor will the stain of what they’ve done be washed away.

There is, to be quite honest, hell to pay.

So, the Federal Government and the alt-right are trying to run a disinformation campaign against a group of Democratic members of Congress. Good luck with that. 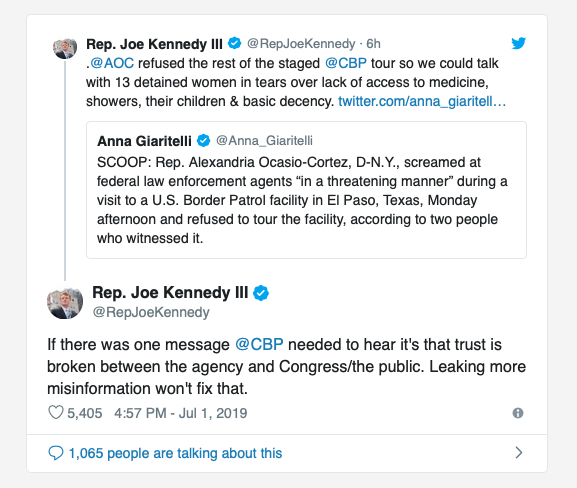