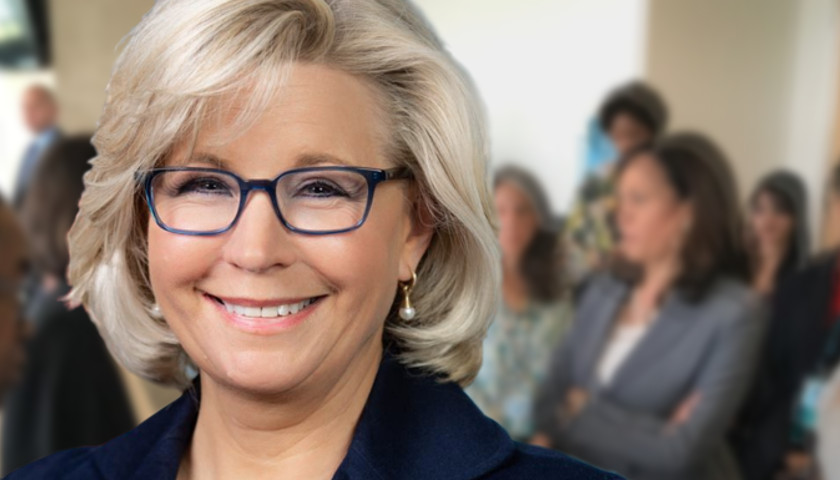 Liz Cheney is just another mediocre nepotism hire for the GOP:

Rep. Liz Cheney, the highest-ranking Republican woman in Congress, pushed back on the notion that President Trump's recent attacks on four Democratic congresswomen of color are racist and sexist, arguing the commander-in-chief's criticism of the progressive quartet is solely rooted in disagreements over policy.

"I think the news media really wants to make this about race," Cheney, the House GOP conference chair, said during a combative interview on "Face the Nation" Sunday. "This isn't about race. It's not about gender. It's not about religion."

Cheney suggested race is not a factor in the recent high-profile feud between Mr. Trump and Reps. Ilhan Omar of Minnesota, Alexandria Ocasio-Cortez of New York, Rashida Tlaib of Michigan and Ayanna Pressley of Massachusetts. Despite only one of them being foreign-born, the president said the four lawmakers should "go back" to the "totally broken and crime infested places from which they came."

Why is Cheney defending Trump? She’s the scion of an establishment Republican family, one whose legacy was crapped on when Trump won the nomination. The differences between Dick Cheney and Trump run the gamut from foreign policy to contractor theft. Oh, hell. Maybe they’re just the same. Who can tell anymore?

Tens of millions of Americans heard Trump’s words and were incensed precisely because they were, in fact, racist. When someone says something racist, and when everyone looks up from whatever they’re doing and says, ‘that’s racist,’ then what the hell are you talking about, Liz Cheney? Her statement is not for you nor I. It’s for the Chamber of Commerce and all the Republicans out there who went weak in the knees last week and started violently scraping their Trump stickers from the bumpers of their Lincoln Town Cars.

You have otherwise squishy people who are afraid to say anything controversial who, last week, were unreservedly condemning Trump for being a racist piece of flaming orange shit. The needle has moved and the worm did a turn and a backflip on that one.

There was a minor revolt against the president after his remarks, and she knows it. We have to watch Trump’s approval numbers, because if he lost as much as five percent of his support after his racist attacks, that could prove fatal to his re-election prospects. Instead of broadly appealing to independents, he’s driving them away in large numbers with his insanity, his instability, and his un-geniuslike performance on the national stage.

Cheney is gaslighting everyone. Trump said racist things, and doubled down on them, and then he ignored all of the advice he was given and refused to apologize. This is a man who has crapped in his own hand and can’t stop admiring what he’s done. That’s how we have to live our lives, watching this debacle play out in real time.

Everyone who wants to remain politically viable for the next twenty years should have already abandoned Trumpism and disappeared. Instead, they’re stuck with this guy, and otherwise sane people are forced to appear on television and pretend Trump doesn’t have a fist full of his own shit to hurl at the American over and over again.