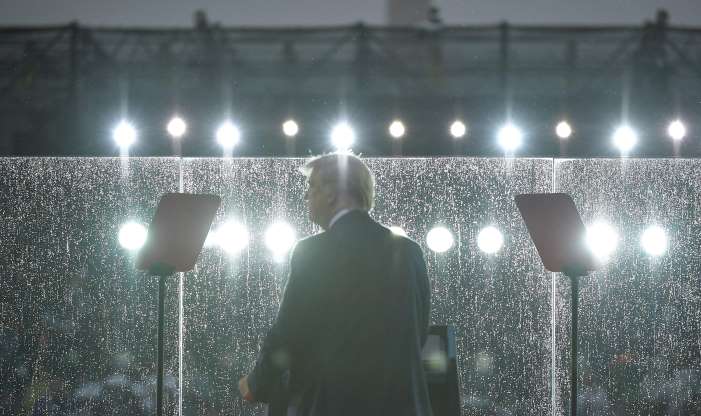 This is what Trump said on the 4th of July:

"In June of 1775, the Continental Congress created a unified Army out of the Revolutionary Forces encamped around Boston and New York, and named after the great George Washington, commander in chief. The Continental Army suffered a bitter winter of Valley Forge, found glory across the waters of the Delaware and seized victory from Cornwallis of Yorktown.

"Our Army manned the air, it rammed the ramparts, it took over the airports, it did everything it had to do, and at Fort McHenry, under the rocket’s red glare it had nothing but victory. And when dawn came, their star-spangled banner waved defiant."

Aside from being confused and ridiculous, can we finally start to have a discussion about his somewhat obvious dementia? Or is it early onset of Alzheimer’s? Or is it some other mental health issue that has become more and more evident?

The danger here is that Trump could be diagnosed improperly. Here’s how you solve that issue.

Get three civilian doctors. All of them should be in good standing, no affiliation with the United States government, and they should be well regarded in the field of caring for elderly patients with cognitive issues. They should be well versed in diagnosing and treating patients who have a wide range of issues. Pick them randomly, but pick them soon.

It is pretty clear that Ivanka Trump is the handler for Trump’s public appearances. She is there to correct and guide him, primarily because he is less likely to explode in anger at her and start lashing out. This creates a crisis in and of itself—who is running the United States right now? If you want to put this issue to rest, give Trump a comprehensive examination and issue a report that can be verified and trusted. Until then, you can be rest assured that there is something wrong with Trump and no one wants to acknowledge it or deal with it.

I don’t trust the military doctors who have been treating him because they are subject to orders. Whatever that jackass Ronny Jackson did for Trump should be discounted. Trump needs to have his cognitive abilities assessed again because what we are seeing in public is a meltdown.

If Trump were a Democrat, every Republican alive would already be screaming for this to happen.