What is Just and Moral 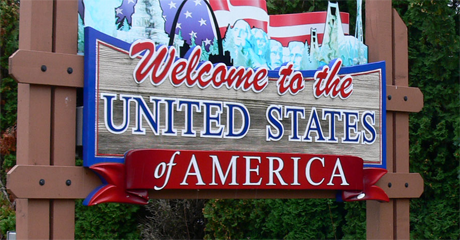 One of the happy side-effects of electing reasonable adults to higher office is that there is an improved chance of becoming a better and stronger country:

There are no serious arguments that demonstrate long-term economic damage to countries that accept immigrants, even in large numbers. During the age of mass migration, a quarter of Europe moved to the United States, which went on to replace Europe at the pinnacle of wealth and power.

A world with more open borders would have a brief spasm of mass movement, and then migration might actually decrease, because money and happiness would be more equitably spread around, and more people would stay home.

To avoid paying the “migration tax,” the rich countries would have to stop propping up dictators, stop starting savage and unnecessary wars, restrain their multinational corporations from ripping off mineral wealth of poor countries and make sure that global trade is more equitable. Or else the migration bill from the devastated country would be prohibitive.

What is good immigration policy for the United States is separate from what is just and moral for the peoples whose destiny America, past and present, has affected. It might make economic sense for the United States to let in more skilled Indians and fewer unskilled Latinos, but America owes them more, and it should open its doors more to its southern neighbors.

History is what has happened and can never un-happen; history is happening right now. Attention needs to be paid. So does the bill.

I agree with this article, and I highly encourage you to read it because it stands head and shoulders above anything else that is under discussion with regards to our foreign policy, America’s changing place in the world, and the desperate need to get our democracy back on track.

We’ve seen a great deal of oversight from the House with regards to Trump and his legal issues. What’s missing is a more comprehensive oversight approach to the State Department and the Department of Defense. The House should move immediately to serve as a check on Trump’s ability to start wars, continue wars, and carry out policies that support dictatorships around the world. If there’s one aspect of Trumpism that has dire consequences for smaller nations around the world it would be his embrace of tyranny and his love of strongmen. Nothing contradicts American values more than that.

But, really. What are we going to do to reset American foreign policy? What assistance are we going to provide to the countries of Central America that are struggling? There is a real danger of having other countries follow Venezuela down the rabbit hole of failed nation/state status. We need to stop the creation of refugees by helping countries get on their feet. They need jobs, anti-corruption assistance, help establishing the rule of law, and help fighting endemic poverty, corruption, and violence.

I haven’t seen an emphasis on Latin American policy since the days of George Herbert Walker Bush. I haven’t seen anyone really look at the economic struggles of the people in that region and come up with a plan. I hope Elizabeth Warren has one, and I hope other Democrats are thinking about what can be done to fix an archipelago of broken nations in our own hemisphere.