They Are Poisoning Everyone and Everything 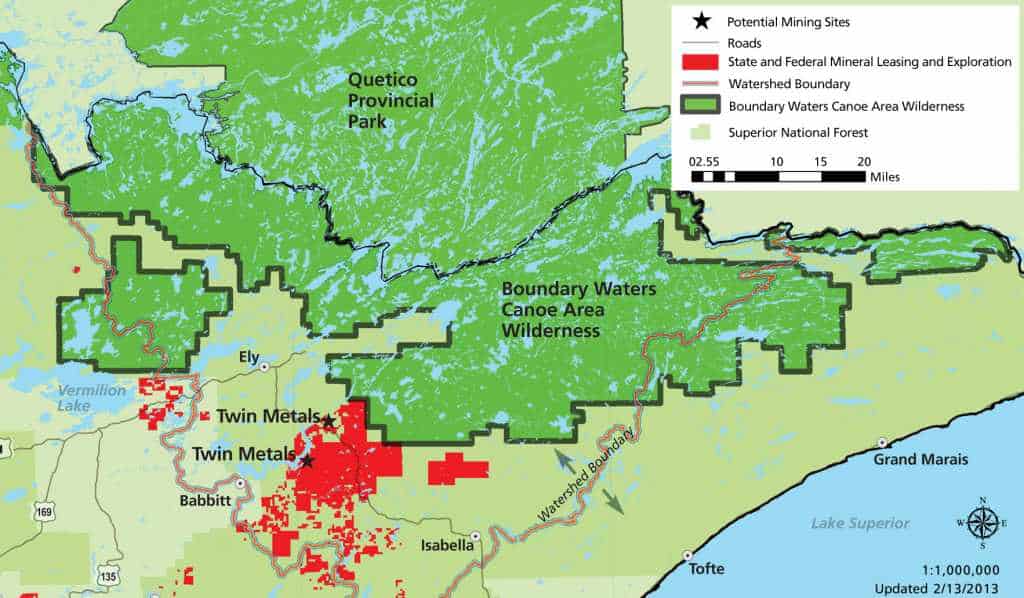 This article is a microcosm of what Trump has meant for America. It is nothing less than the wholesale poisoning of everyone and everything in order to sell the country off to foreign interests:

In the waning months of the Obama administration, a Chilean conglomerate was losing a fight with the United States government over a copper mine that it wanted to build near a pristine wilderness area in Minnesota.

The election of President Trump, with his business-friendly bent, turned out to be a game-changer for the project.

Beginning in the early weeks of Mr. Trump’s presidency, the administration worked at a high level to remove roadblocks to the proposed mine, government emails and calendars show, overruling concerns that it could harm the Boundary Waters, a vast landscape of federally protected lakes and forests along the border with Canada.

In order to secure the deal, the owner of the Chilean company rented a house to Jared and Ivanka Trump. This happened because the only corruption that’s allowed is Republican corruption, and it is the key to understanding what is happening:

The Trump administration’s efforts to smooth the way for Antofagasta’s mining ambitions began less than two weeks after the inauguration, when Interior Department officials began re-examining the leases, the government emails show.

The message from an early meeting, according to an attendee who spoke on condition of anonymity, was that officials should prepare for a change in direction.

Officials also made sure the incoming interior secretary, Ryan Zinke, not yet in the job, was briefed. In an email, one Interior Department official described that effort as a “fire drill.”

The administration’s efforts are documented in part in thousands of pages of government emails and calendars, many obtained through records requests by Louis V. Galdieri, a documentary filmmaker, and the Sierra Club, an environmental organization.

A key meeting occurred in early May, when Antofagasta’s chief executive, along with other executives and lobbyists, discussed the issue with the White House’s top adviser on domestic energy and the environment, Michael Catanzaro. The company said it wanted to reverse the Obama-era decisions, which it said were illegal and inflicted “undue damage.”

The next month, Interior Department officials learned that the White House had “expressed interest in the Twin Metals matter,” according to an email sent by a department lawyer marked “TIME SENSITIVE.” Soon after, top interior appointees traveled to the Minnesota site.

In any other era of American politics, someone like Ryan Zinke wouldn’t have been confirmed for any job in any administration. Why Zinke isn’t in Federal prison right now for corruption is beyond the understanding of reasonable adults.

Here’s what the Sierra Club had to say about this horrific project years ago:

The proposed underground sulfide mining project by Twin Metals LLC in northeastern Minnesota includes over 30,000 acres containing disseminated mineralization of copper/nickel and associated trace metals bonded to sulfide ores.  Located within the Superior National Forest approximately 10 miles east of Babbitt, 15 miles southeast of Ely, MN, and 2-3 miles from the Boundary Waters Canoe Area Wilderness (BWCA), the project was originally proposed by Franconia Minerals, which has since been absorbed by Twin Metals, a joint venture between Canadian Duluth Metals Ltd and Chilean Antofagasta PLC.  The project currently includes the Birch Lake, Maturi, and Spruce Road deposits, with exploration continuing.  The close proximity of the deposits to key water bodies such as the South Kawishiwi River, Birch Lake, the White Iron Chain of Lakes, and the BWCA create a potential for environmental destruction on an unprecedented level.  In fact, the South Kawishiwi River was named one of America’s Most Endangered Rivers of 2013.

Twin Metals’ proposed underground mine is referred to as an “underground city” by Twin Metals (St. Paul Pioneer Press). Miles of tunnels would be blasted out below ground where dump trucks and massive earth moving equipment would extract tremendous amounts of material to be transported to the surface. Portions of the Twin Metals’ deposits might be deemed more economically feasible to mine as open pits.

Due to the low grade character of the rock formation, less than 1% of the ore would be produced as copper, nickel and trace metals, with waste rock comprising the remaining 99%.  Since the amount of sulfur containing waste rock would be so enormous, the impact to the environment would be significant and long-term.

Although mining companies claim that they can “mitigate” such problems, there is currently no sulfide mine in existence that is not polluting the ground water.  Acid Mine Drainage (AMD) and toxic heavy metal release can last for centuries; adversely affect fish and other aquatic life, wildlife dependent on those aquatic lives as food sources, and the quality of watersheds and drinking water.  Sulfates (from sulfur) also leach into the environment and become part of a bio-chemical process that converts mercury into methyl mercury, which bio-accumulates in the food chain resulting in fish consumption advisories. Sulfates are particularly harmful to the growth of wild rice.  Thus, pollutants from sulfide mining operations could adversely affect food sources and ultimately, human health.  In addition, the scope of mining such low grade ores changes the landscape forever.

Advanced mineral exploration, including leasing and exploratory drilling, is now occurring on lands bordering the Boundary Waters and deep into the Superior National Forests and nearby state lands such as Bear Head Lake State Park and into the Cloquet Valley State Forest.  Twin Metals is currently developing its mine plans and the company is expected to begin the permit application and environmental review process in 2014.

They won’t stop until everything is in ruins and until every single dollar they can steal is wedged up into their own asses. This is the most sickeningly corrupt era I’ve ever seen.

And, yep, I wrote about this three years ago. Sigurd Olson is a figure more Americans should know about.