The Republican Culture of Corruption 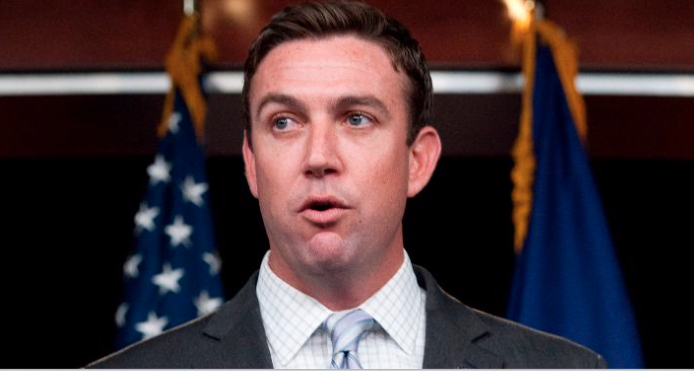 Noted douchebag Duncan Hunter had affairs, covered it up, lied to investigators, and cheated on his wife but what’s the big deal, right?

The salacious revelation joins a host of other charges levied against the California Republican, who pleaded not guilty last year on counts of wire fraud, falsifying records and campaign finance violations.

Hunter's wife Margaret, who also faced federal charges, pleaded guilty earlier this month and agreed to cooperate with prosecutors. Rep. Hunter has denied the previous allegations against him.

The filing, submitted as part of a series of motions by California prosecutors on evidence they hope to use in a trial scheduled to begin in September, provides detailed accounts of five different affairs, including one with a woman who worked in Hunter's congressional office.

The Republican Party doesn’t remember what shame looks like because, well, if they did, they would have forced Hunter to resign last year. They would have run someone in his place to hold his seat. Now they will have to surrender it to whoever files to run for it because what the hell else are they going to do?

They’re not going to do the right thing. No one is asking Hunter to choose the good of his constituents over anything else. This relentless piece of shit in action needs the money and he needs to cash out with whatever campaign money he has because he has failed to manage his life. He belongs in jail but whatever. The law only applies to Democrats. Only one party in America has to be perfect, and the GOP can do whatever they want to whomsoever they choose. Quite a racket if you can get in through the side door to make it happen.

Don’t worry. His type lands on their feet. Someone will cough up scads of wingnut welfare and the media won’t even bother to note the hypocrisy.