Nearly Dead Hobo Revealed to be a Complete Fraud, Again 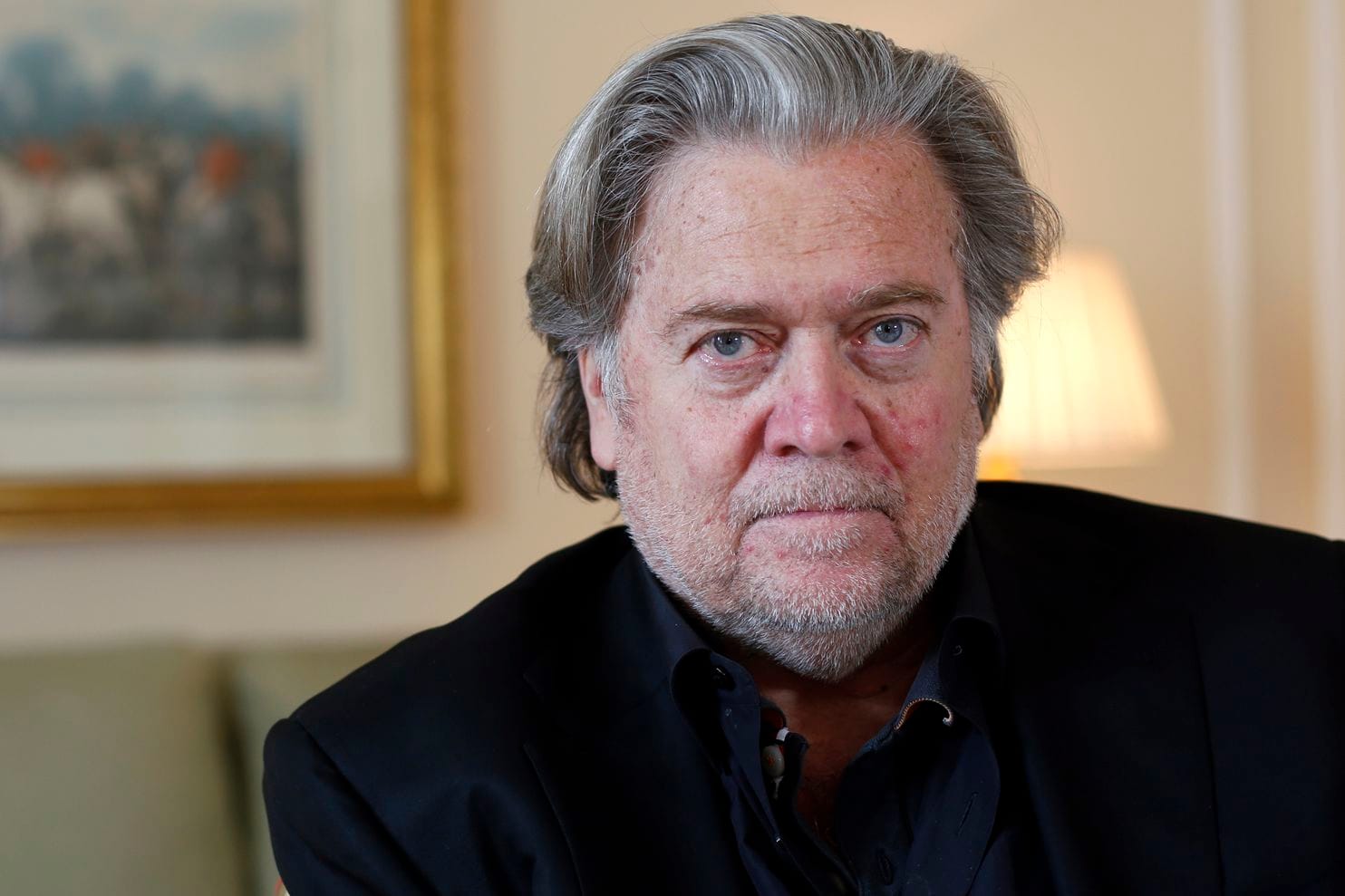 …except for that one, with the yellowy eye… [/caption]

The wonderful Greg Sargent basically blows up the idea that the Democratic Party should listen to anything that area hobo Steve Bannon has to say, and does it by pointing out that Andrew Sullivan is insane and wrong about everything:

…they often ascribe too much potency to the other half of Bannonism — his nationalism on immigration — by arguing that Democrats need to either move substantially toward his restrictionism or perish.

It’s time to stop baselessly regurgitating this line. Most evidence suggests that on immigration, Trump’s agenda is deeply unpopular and vulnerable to challenge, but not in a way that would require Democrats to concede major ground in his direction. Rather, the opposite appears true.

Andrew Sullivan makes the pro-Bannonism case in a piece in New York magazine under the headline, “What Democrats can learn from Steve Bannon.” Sullivan says Democrats have failed to offer any kind of answer to Trump on the asylum crisis, and that they must “junk the wokeness” and move in a more restrictionist direction with “tighter immigration policies":

They seem strangely untethered to the current moment. Or they are merely revealing by their silence that open borders, in a sharp break from Obama, is now effectively their policy.

Worse, they seem unable to attack Trump for his colossal failure in his core campaign pledge. . . .

This doesn’t mean competing with Trump on xenophobia, cruelty, or bigotry. It means laying out a comprehensive immigration plan that tightens asylum laws so they exclude economic migrants, invests massively in the immigration court system to speed up the process, moves the processing of asylum cases to a foreign country, mandates national e-verify, beefs up the border to wall-like impermeability, and then grants current undocumented immigrants a reprieve.

Now there’s an idea: An agenda for the border that “invests massively in the immigration court system to speed up the process” and “moves the processing of asylum cases to a foreign country.”

As it happens, Senate Democrats have already introduced a comprehensive blueprint that would do these very things. It would invest in expanding the number of judges, for that same purpose, and would create a new system for migrants to apply for asylum from home countries, with the aim of dissuading them from making the dangerous trek to the southern border. It also includes major investments in aid to Northern Triangle countries — which Trump nixed — to address the root causes that are driving these migrations.

Meanwhile, most mainstream Democrats support some mixture of legalizing the undocumented while beefing up border security. The security argument is over whether to build Trump’s wall.

That’s very good stuff, and reason to believe in the power of pointing out how ridiculous people are when it comes to Trump’s re-election chances. Yes, it could happen. But, structurally, how could Trump even contemplate running again? He’s extremely unpopular, he can’t think straight, his advisers are useless, and no one wants to be associated with failure.

We haven’t even seen the beginning of the retirements that are coming. In 2018, a Blue Wave crushed the Republican Party in states where they probably felt they had safe seats. Texas, North Carolina, and Georgia are all looking at a resurgence of the Democratic Party. You’re telling me that hundreds of Republicans are going to do nothing in the face of an onslaught of voters?

As we focus on the spectacle of Trumpism, remember that normal, regular politics are happening all around us. The evidence suggests that everyone who is not a straight, white male is working together to create a second Blue Wave, one that will amount to a 2020 Blue Tsunami. I am telling you, they’re not messing around. The enthusiasm gap is massive.

Would you die on that hill to save Trump? Would you give up all that you hold dear for a tubby guy who laughs at you in your fat pants? Do you go down fighting for an incompetent boob who is happy to say shitty things about your wife on Twitter or do you cash out and take care of number one? That’s the mindset of every Republican with campaign cash on hand right now. Once Trump is gone, they’re counting on eight years of opposing Democrats and being able to lobby for whoever wants to take advantage of a “new normalcy” that might be around the corner. There are going to be seats at the table, and how hard do you want to work? You can line up and be a lobbyist or you can keep slugging it out on committees where women yell at you all day. Take your pick.

Of course, there will always be a cadre of unemployable Republicans who can’t afford to go back to their hometowns. They need that Federal cash in their pockets, and they are praying that a hip, young Democrat won’t catch fire with the voters in their district. I’m sorry, but a lot of what’s going on right now is going to radically transform the 2020 race. It won’t be old Joe slugging it out with Trump. It’s going to be a vastly more dynamic race for control of the whole country. And Democrats better be ready for it.