Let's Talk About the Democrats 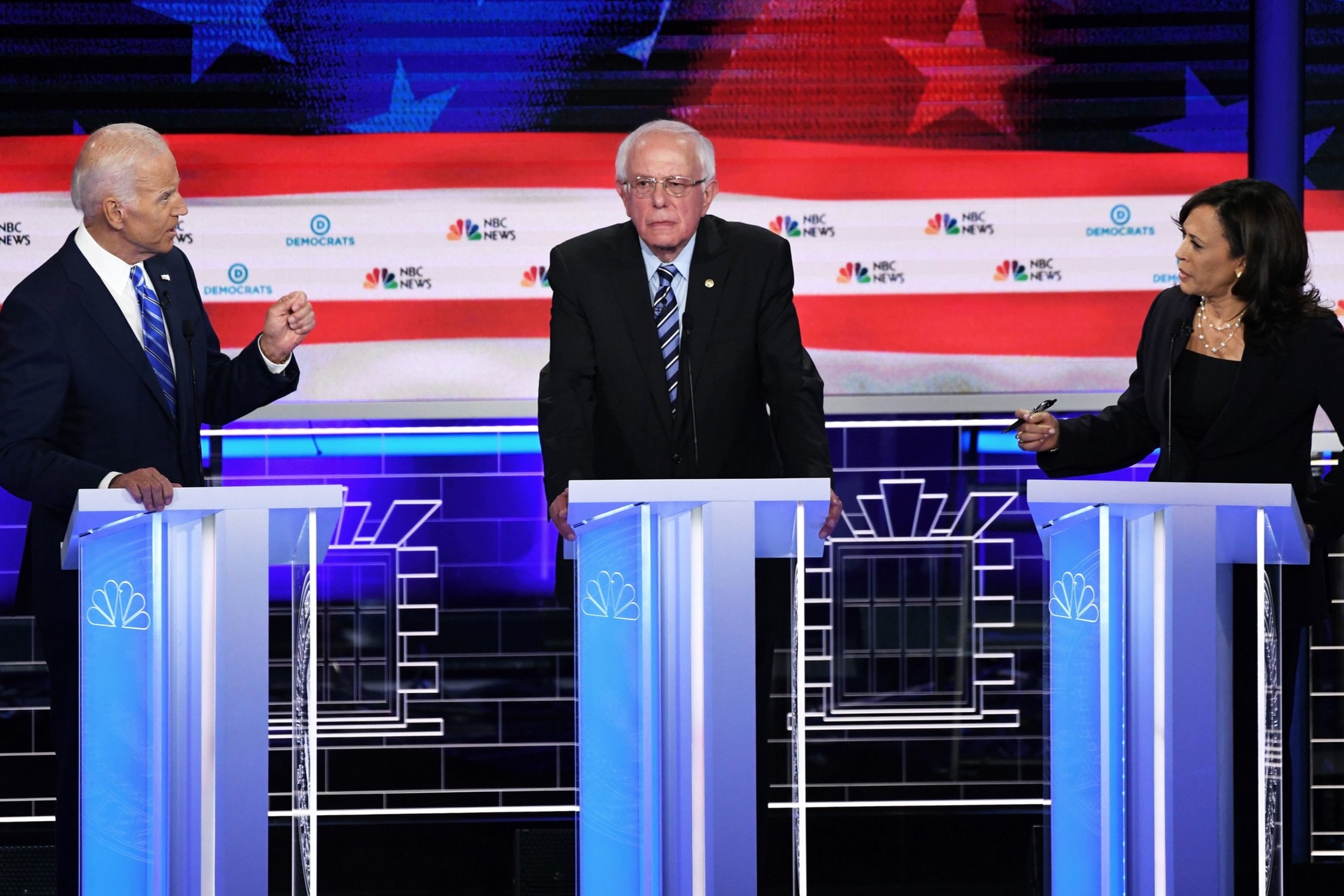 I don’t have any brilliant takes, just an impression that the Democratic field this year is incredibly deep and diverse and that means the contrast with Trump couldn’t be greater. It is a deep and wide field let, in my opinion, by Elizabeth Warren and Kamala Harris.

You had Democrats talking about the issues, and there was substance on both nights. There was a stilted format and a ridiculous moderator in Chuck Todd to get past, and then there were the knockout blows that probably weren’t as bad as we would think, but oh well.

In any other time, Kamala Harris wouldn’t be on this stage. She wouldn’t get a chance to speak the way she did and she wouldn’t have been allowed to land the kind of blows that left Joe Biden rolling around in his own mess.

To get hammered like that and then have to stand there must have been humiliating.

Well, let’s be honest about one thing. Biden and Bernie Sanders are relics of the past. They had their time, and they are unwilling to get off the stage. There are seven or eight significantly talented candidates who are ready to shove them off the stage and I don’t think the country is quite prepared to deal with the fallout from this. I think the rest of the field, substantively, comes out to be (in no particular order) Pete Buttigieg, Amy Klobuchar, Kirsten Gillibrand, and probably Julian Castro over Cory Booker. I think everyone else needs to realize they’re not in this. I was firmly in the Beto O’Rourke camp in 2018, and I thought he would catch fire. I was wrong.

The media certainly isn’t ready for it. They’ll cry us rivers of crocodile tears when their preferred newsmakers are blown out of the water.

Pay attention to the strategy behind avoiding talking about Trump: 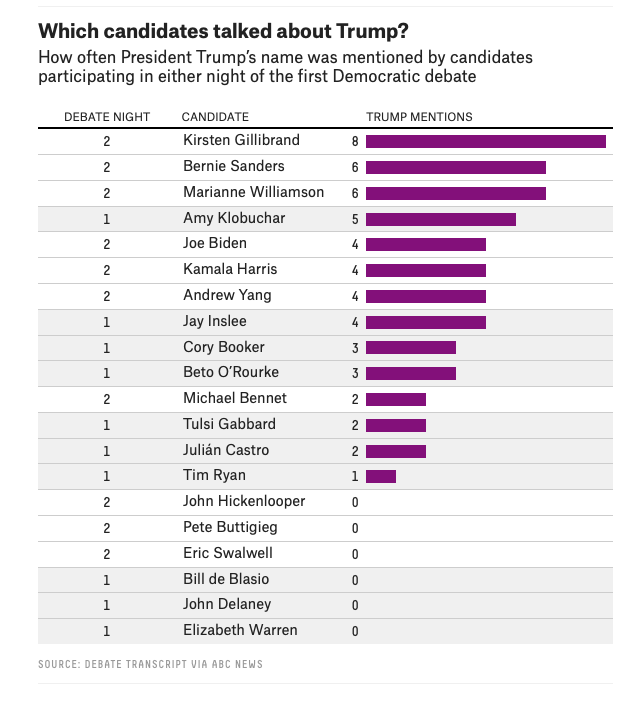 I think they have to define Trump as a rapey, criminal, unpopular loser who prefers the company of dictators, thugs and racists. Or you could just let others do that, too.
on June 28, 2019