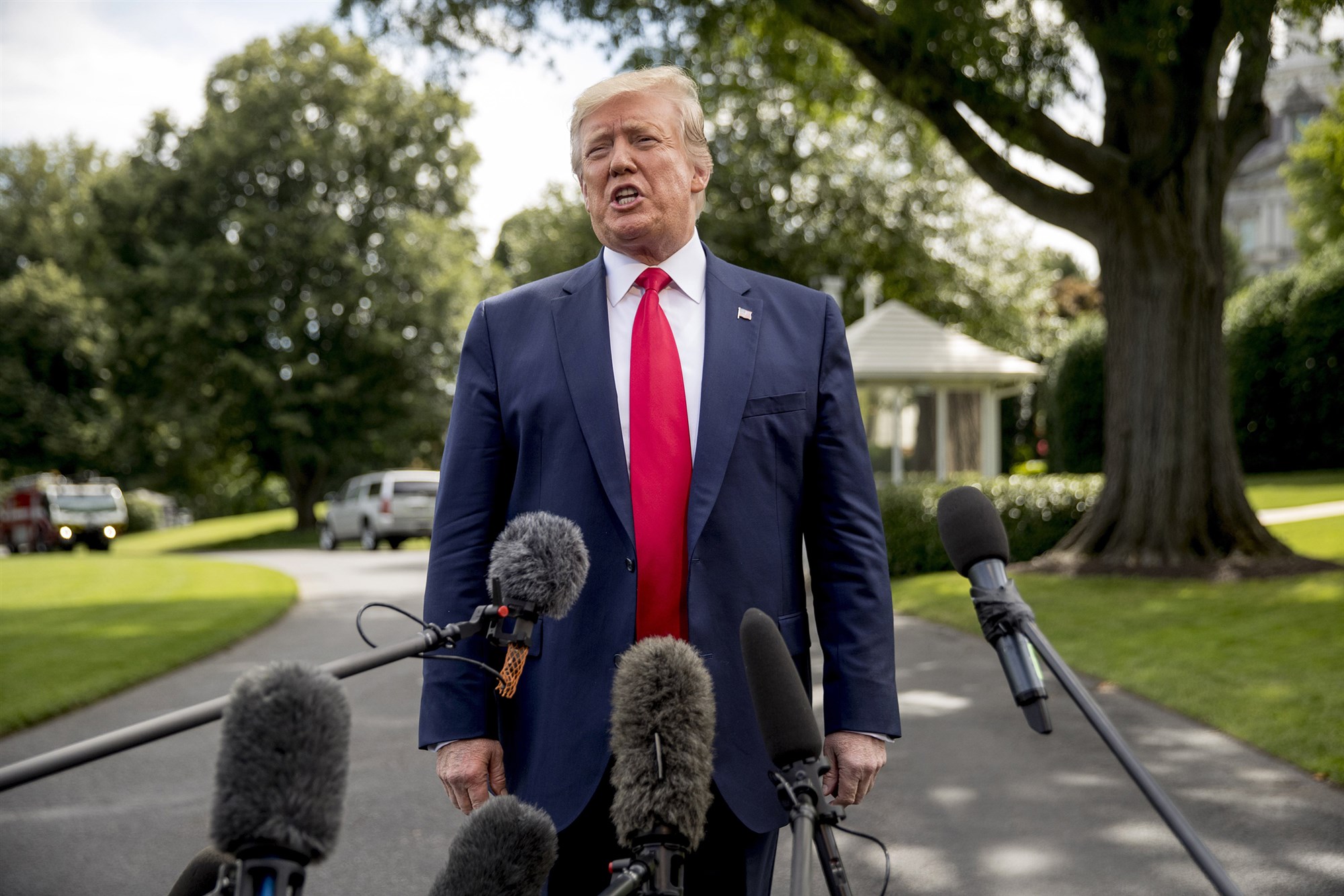 After ordering up airstrikes on Iran in retaliation for the downing of an unmanned American drone, the commander in chief balked at the last minute Thursday.

"Nothing was green-lighted until the very end because things change," the president told NBC's Chuck Todd in an interview that will air on "Meet the Press" on Sunday, pointing to the expected casualty count as his reason.

"I thought about it for a second and I said, you know what, they shot down an unmanned drone, plane, whatever you want to call it, and here we are sitting with a 150 dead people that would have taken place probably within a half an hour after I said go ahead. ... I didn't think it was proportionate."

His indecision in the face of direct hostility from an avowed enemy brought a cascade of criticism from allies and political rivals, from Iran hawks and doves, and from a host of national security experts who asserted that it demonstrated weakness at a critical moment. And it left the world wondering whether Trump, who has so often questioned the leadership abilities of past presidents and candidates for his job, can handle a real crisis.

He’s a chickenhawk because he has, in the past supported wars he wouldn’t go fight in (I’m not speaking of Vietnam, I’m speaking of Iraq War 2.0). He uses the military as props and he trades on the credibility of generals (of course, they’ve all been fired or quit).

Trump is chickenshit because, when it came to the act of retaliation, he had a plan in place and refused to pull the trigger. When you put American forces in harm’s way, you risk their lives. He risked their lives to make a phony issue out of what had to have been a provocation that could have been avoided.

Where is the State Department? It has no staff, no leadership, and is in the hands of a buffoon named Mike Pompeo, who would be nobody’s choice for dog catcher if an actual Republican were in the White House. Pompeo has the job he has because he is a complicit supplicant to a criminal regime led by incompetent fools.

Where is the Department of Defense? Whoops, we almost went to war without a Secretary of Defense. Talk about not being able to govern the nation. Why that doesn’t have twenty-five U.S. Senators screaming bloody murder into microphones is beyond me. What happened to these people? Oh, that’s right. They’re afraid of Trump.

They’re afraid of a chickenshit president who can’t even give the order.

Was Trump incapacitated? Was he stumbling around, bellowing into the screen of his phone, unable to function? An undefended nation wants to know.

Congratulations, Republicans. Your guy is a chickenshit.