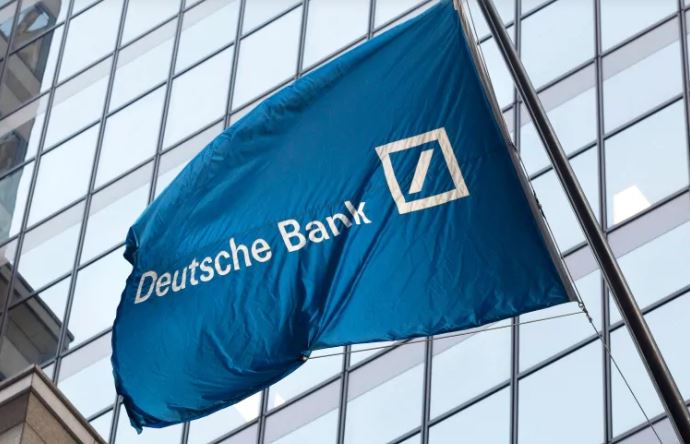 You really don’t get to the single most important piece of information in this story until you wade through a significant amount of bullshit:

In the summer of 2016, Deutsche Bank’s software flagged a series of transactions involving the real estate company of Mr. Kushner, now a senior White House adviser.

Ms. McFadden, a longtime anti-money laundering specialist in Deutsche Bank’s Jacksonville office, said she had reviewed the transactions and found that money had moved from Kushner Companies to Russian individuals. She concluded that the transactions should be reported to the government — in part because federal regulators had ordered Deutsche Bank, which had been caught laundering billions of dollars for Russians, to toughen its scrutiny of potentially illegal transactions.

Ms. McFadden drafted a suspicious activity report and compiled a small bundle of documents to back up her decision.

Typically, such a report would be reviewed by a team of anti-money laundering experts who are independent of the business line in which the transactions originated — in this case, the private-banking division — according to Ms. McFadden and two former Deutsche Bank managers.

That did not happen with this report. It went to managers in New York who were part of the private bank, which caters to the ultrawealthy. They felt Ms. McFadden’s concerns were unfounded and opted not to submit the report to the government, the employees said.

Ms. McFadden and some of her colleagues said they believed the report had been killed to maintain the private-banking division’s strong relationship with Mr. Kushner.

After Mr. Trump became president, transactions involving him and his companies were reviewed by an anti-financial crime team at the bank called the Special Investigations Unit. That team, based in Jacksonville, produced multiple suspicious activity reports involving different entities that Mr. Trump owned or controlled, according to three former Deutsche Bank employees who saw the reports in an internal computer system.

Some of those reports involved Mr. Trump’s limited liability companies. At least one was related to transactions involving the Donald J. Trump Foundation, two employees said.

Deutsche Bank ultimately chose not to file those suspicious activity reports with the Treasury Department, either, according to three former employees. They said it was unusual for the bank to reject a series of reports involving the same high-profile client.

The bombshell that goes off for me in this story is that we have fairly undeniable proof that there was an exchange of money between Jared Kushner and Russian entities. How is that not collusion in every sense of the word? It happened before and after the 2016 election. That’s the quid and the goddamned pro quo right there.

How difficult is this to figure out? You have Jared Kushner sending money to individuals in Russia, and it makes you wonder—is this what he failed to put on his security clearance forms? Did he lie about these transactions, thereby causing officials to deny him access to classified material before Trump intervened and granted him a high-level clearance? This can’t be the first time someone in the U.S. government has been tipped off to this sort of behavior. If it looks and smells like money laundering, why was this kept from the American people during the election? Why weren’t we told about this activity?

The son-in-law of the President has money going back and forth with the Russians, and we, as a nation, are just okay with that? Really?

And, oh by the way, I’m pretty sure that nobody serving as President of the United States of America should be involved in money laundering schemes. How is that even remotely difficult to figure out?

I think that should be an up front example as to how our new normal—the way we live now—is making people who follow politics absolutely bonkers. President Obama was afraid of refinancing his house in Chicago because of the conflict of interest that it might have presented. Guess what? Trump has done hundreds of things that are far worse and no one can keep track of them because it’s scandal after scandal, whizzing by like there’s no tomorrow. We’re living in crazy times!

Right there, plain as day, the threads of another handful of scandals are now firmly connected. You can see that Trump’s use of a limited liability corporation is criminal in nature whenever it is revealed. It doesn’t matter whether they’re being used to launder money or pay off an old girlfriend. You can see money laundering, a staple of how Trump does business with Russia, right there before your eyes (remember when he said he didn’t have any dealings with Russia?). You can see that the revelation of these transactions and arrangements is shocking in the context of American politics. If voters had known this before the 2016 election, would it have caused them to change their minds? How could the Republican Party have run with Trump on the ticket if this information had been freely available? It sort of supports, for me, anyway, the notion that Republicans were fine with money laundering, connections to Russia, widespread criminal activity, and jackass behavior so long as Trump was the advocate of white supremacy that Mitt Romney wasn’t.

You can also see the leverage that Russia has had over him. They’re exchanging money with all of these shell companies, the Trump Foundation, and Jared Kushner’s half-assed company. It is exactly this sort of lawless, unhinged business behavior that should be investigated by Congress. This is what would trigger any reasonable national security investigation into any other American business. But good luck with that. We’ll never see the end of this. We’ll never see the full extent of this assault on the rule of law play out. There’s too much malfeasance, too much money being stolen to keep track of it all.

Thanks again, noble elites, for stepping up and protecting the country. You really fucked us over good.