We Must Fight For Every Senate Seat 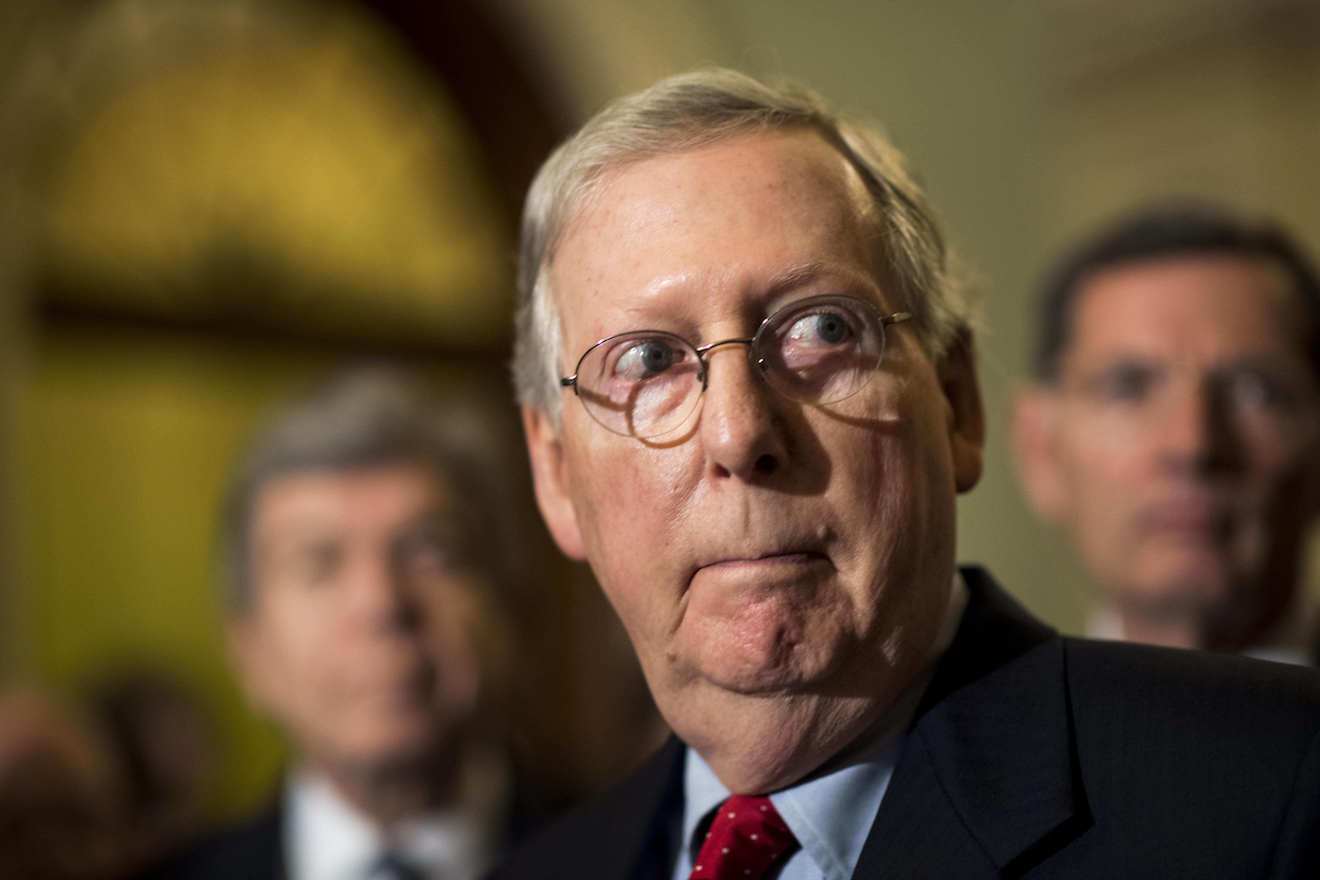 Let me tell you a story about a man who has no respect for the institution he purports to lead:

Senate Majority Leader Mitch McConnell said Tuesday if a Supreme Court vacancy occurs during next year's presidential election, he would work to confirm a nominee appointed by President Donald Trump.

That's a move that is in sharp contrast to his decision to block President Barack Obama's nominee to the high court following the death of Justice Antonin Scalia in February 2016.

At the time, he cited the right of the voters in the presidential election to decide whether a Democrat or a Republican would fill that opening, a move that infuriated Democrats.

Speaking at a Paducah Chamber of Commerce luncheon in Kentucky, McConnell was asked by an attendee, "Should a Supreme Court justice die next year, what will your position be on filling that spot?"

Oh, and the media will laugh and let him do it! He won’t pay the price for his reversal, nor will he face any backlash whatsoever for continuing to destroy comity in the Senate. Why, he’ll continue to be semi-anonymous all throughout this great land and people will keep voting for Republicans for the Senate because this is a stupid fucking country that has been all but indoctrinated into the idea of letting GOP stalwarts destroy everything. Hey, red state voters—show everyone in the court your scars from all of the abuse you’ve suffered. Nothing else explains how you can keep voting to keep these monsters in office.

In my dreams, I see a Democrat in the Senate who won’t stand for this. That ain’t Chuck Schumer, of course, but oh well. In my dreams, I see a party that fights back and wins back the Senate, but, nope, we can’t find anyone to run in key states. In my dreams, I can imagine a time when Mitch McConnell is rolled up in a rug and jettisoned from the Senate and replaced by someone with honor and class, but incumbency is now permanent when you have Russian money backing you.

The 2020 election is about throwing Trump and McConnell out of office. Why can’t anyone else see that as their central organizing principal and build a Democratic Party that is ready to make that happen? Let’s go into every red state and let’s run against every Republican and let’s beat as many of them as possible. How hard is that to figure out?

In my dreams, I see people giving a shit about what McConnell is doing, but it ain’t happening. I think this starts with winning back the Senate, and then holding hearings to determine how best to impeach and remove Bret Kavanaugh from the Supreme Court for being a drunken lout and an unethical liar who had all of his bills paid in some secretive fashion.

Yeah, that ain’t happening, either. I guess I’m alone with my delusions.