This Man Has No Credibility 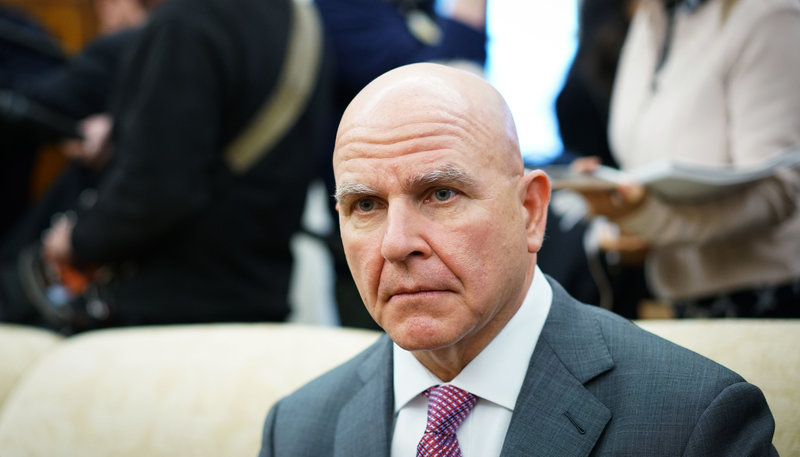 Someone just needs to shut up and go away:

Former national security adviser H.R. McMaster accused some of his former White House colleagues on Wednesday of being "a danger to the Constitution" because they are either trying to manipulate President Donald Trump to push their own agenda or see themselves as rescuing the country from what they view as the commander in chief's bad policy choices.

The retired Army lieutenant general, who served as a top Trump aide between February 2017 and April 2018, cast himself among the group who sought to provide unvarnished policy options to the president. But he said others whom he declined to identify by name had very different agendas — and he said those agendas are dangerous.

“The second group of people, and I think this is true in any administration,” he explained, are those “who are not there to give the president options — they’re there to try to manipulate the situation based on their own agenda, not the president’s agenda."

The third group of Trump advisers are those who “cast themselves in the role of saving the country, even the world, from the president," McMaster told an event hosted by the Foundation for Defense of Democracies, a hawkish think tank where he is now a scholar.

“I think those latter two categories of people are actually a danger to the Constitution of the United States,” he concluded, explaining that the public servants were not elected to overrule or stymie Trump’s policy desires.

McMaster is unique among the generals who served Trump. He didn’t completely buy in like Kelly and he didn’t use his resignation to send a message (that was ignored) to Congress like Mattis. He abandoned his principles and tried to manage Trump. Instead of raising a warning in the early days of his tenure, he allowed the safety and security of the American people to take a backseat to a wild ride through Trump’s feverish ignorance of the world.

America is on a downward spiral through the deepest horrors of Trumpism. Instead of using his credibility and influence to stop this process, McMaster ignored everything he had ever written, contradicted every oath he had sworn, and placed himself in the service of a criminal enterprise desperate for legitimacy. If McMaster had declined the offer to work for Trump, he would have a future in American foreign policy. I can’t imagine a scenario where anyone will want someone tainted by their association with Trump to join any future administration.

In other words, go away. You surrendered your soul to the Trump family, and helped them carry out the charade of being in charge of things. While McMaster slept, they were making deals behind his back. I suspect he knew all of this and did nothing, thinking he could ride it out and emerge with some semblance of dignity and respect.

What does he have, other than a gaping hole in his resume and no right to criticize any other leader?