The Greatest Failure Since Lincoln 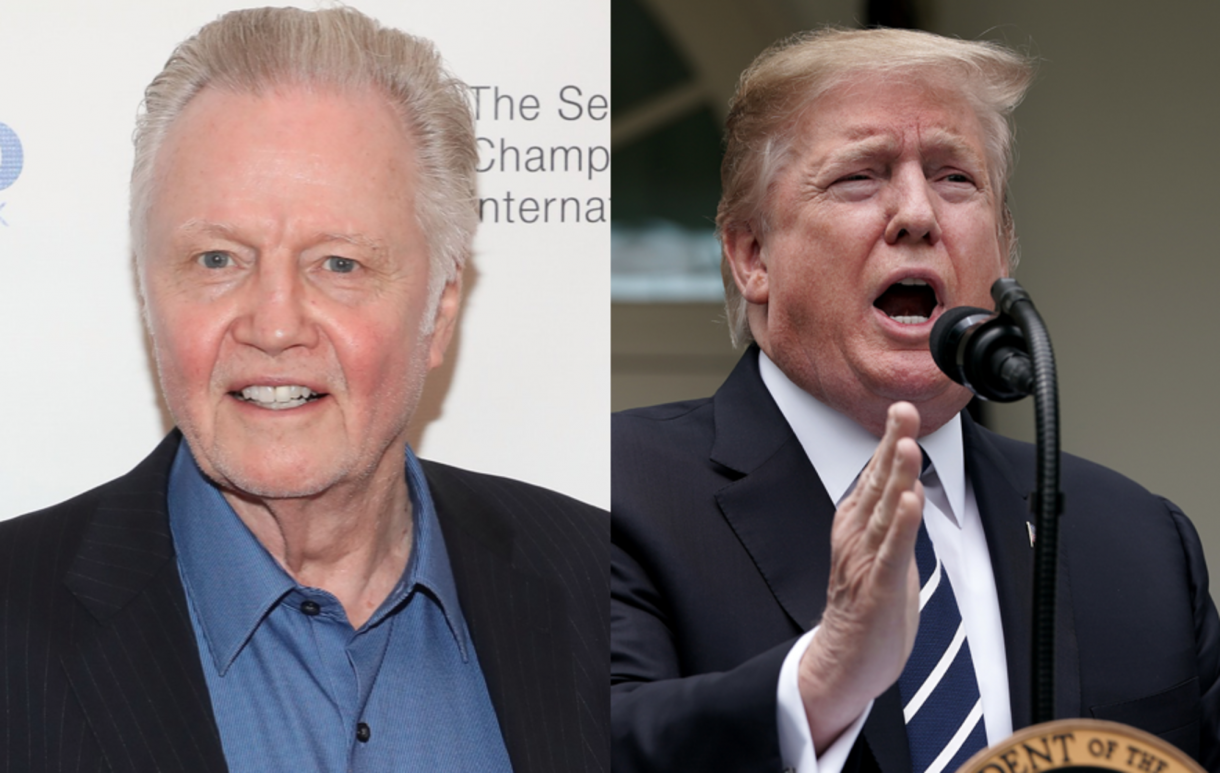 I have no idea how people can even believe something like this:

The actor urged Americans to "stand with our president" in a new video message.

Voight, who has appeared in movies such as Varsity Blues, National Treasure, Pearl Harbor, Transformers and more, posted a pair of videos to Twitter last night (May 24) in which he urged Americans to “stand with our president.”

Voight’s statement in public is laughable, of course. I’m shocked to find it published on the NME website. This means that people who normally sleep through these kinds of issues are engaged and aware.

Trump is the most unpopular president in the modern era, and he will likely remain so until he is thrown out of office. There’s a parallel universe where his presidency exists solely as a means by which liberals are annoyed by his style, but the general public is able to ignore him because of careful stage management. In that universe, he brought in people to run his administration like the way they ran George W. Bush’s. Instead, they brought the cruelty and the racist tendencies out into the open for all to see. The version of his presidency we are experiencing in this universe is a shambles.

That’s because the careful stage management of day-to-day affairs never happened. They failed to staff the government and they failed to bring in people who could make everything look like the government was functioning. Trump has brought his shit show into the every day lives of Americans, insisting on being the biggest spectacle there is. Had he simply gone to work, carried out his monstrous policies behind the scenes, and insisted on a veneer of respectability, he would be coasting to a second term right now.

Instead, his presidency is a tremendous failure in every sense of the world. You couldn’t fail more spectacularly than Trump if you wanted to. It’s a replay of his Atlantic City casino career, and it’s all falling apart before our eyes.

You can do a lot of things as president, but never wake up the activists and never make it so people who have never thought about politics go out and run for office. The 2018 mid-term election has actually sealed Trump’s fate. No one can recover from that, and he most certainly won’t survive the singular act of bringing so many women into the political arena.

They will save us, and I think we need to remember that every time someone who knows nothing—Voight, in particular—tries to tell us something that defies belief.