Pete Buttigieg Got His Ideas Out There 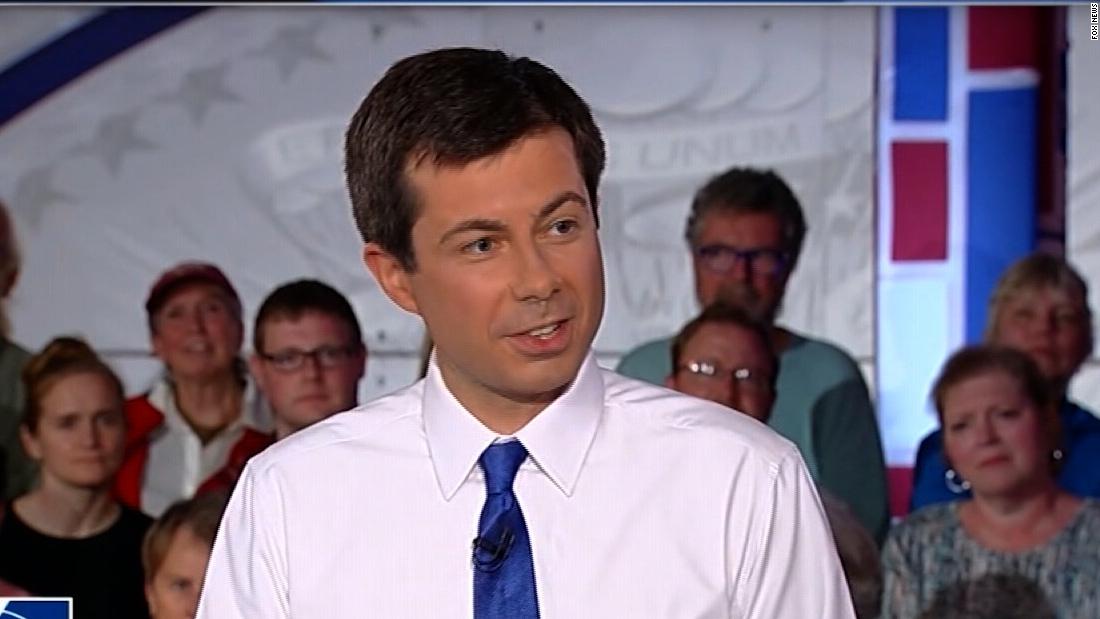 When Pete Buttigieg went on Fox News over the weekend, he exposed their viewers to some radical ideas that they would normally be shielded from: 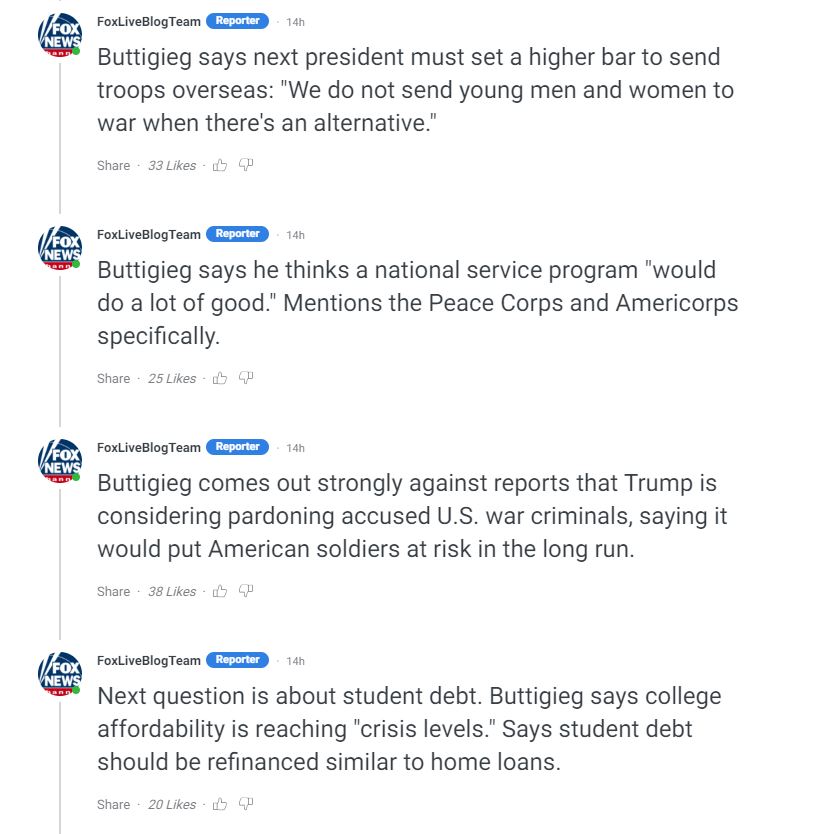 That’s just a sampling of what they were presented. I still agree with Elizabeth Warren that an appearance on Fox News allows them to profit from being raised up as a legitimate news outlet when they are, in fact, . But, what’s important about what Buttigieg did with his appearance is that he showed that a veteran and a leader can take a moral stand against all the things Fox News viewers believe. He can go before that audience and turn their world inside out.

Now, who’s mind is going to be changed by what Buttigieg had to say?

With regards to the Fox News audience, I doubt very much if anyone who watches on a regular basis has ended up with a changed position on anything. It’s good that he has exposed them to different ideas and different arguments, but we’re right back where we started from. They remain polarized by their hatred of Democrats and social progress. They still hate everything that Democrats believe out of a reflexive belief that everything liberals want is evil and wrong. Regardless of common sense and proven results, they hate what Buttigieg stands for before he even lays it out for them.

It’s one thing for a veteran like Buttigieg to give an opinion on defense-related matters; how many will respect his views? The answer is none of them respect his views. They have been conditioned to reject what he offers.

So, kudos for going out there to say what you believe. But, what’s the point?