Only Republicans Can Break the Law 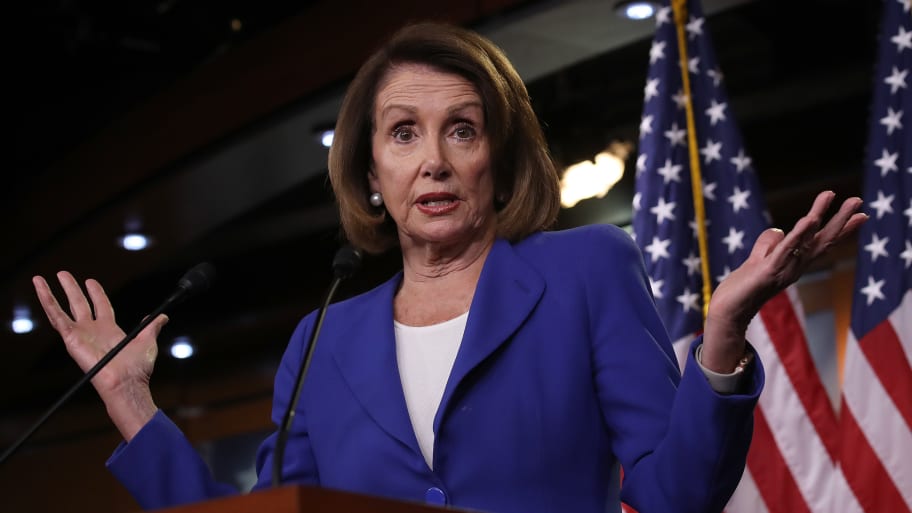 I don’t know how much more of this anyone can take:

Speaker of the House Nancy Pelosi (D-CA) on Thursday accused Attorney General William Barr of lying to Congress about Special Counsel Robert Mueller’s report. “What is deadly serious about it is the attorney general of the United States of America is not telling the truth to the Congress of the United States. That’s a crime,” Pelosi told reporters. “He lied to Congress. If anybody else did that, it would be considered a crime. Nobody is above the law.” Pelosi was apparently referring to Barr’s assertion during a hearing last month that Mueller’s team had not expressed any concerns to him about his four-page summary of Mueller’s findings. Earlier this week, it was revealed that Mueller sent Barr a personal letter expressing his concern over the summary. Mueller wrote that the summary “threatens to undermine... public confidence” in the investigation, and “did not fully capture the context, nature, and substance” of the probe.

If you’re a Republican in America today, you can break the law if it is service to the world of Trump. The rest of us have to follow the law because that’s just how things are. You can break whatever laws you want to break if Trump is there to pardon you, but you’d better make sure they’re not state laws. Aw, what the hell?

Break all the laws you want.

There are no consequences if you are orbiting Trump in some way, shape or form. We are no longer a nation of laws, we’re a nation where a handful of white men have decided to operate as if everything is here for them to pillage and steal. Is it nailed down? Don’t worry, Trump has a kid who knows how to make off with it anyway.

In theory, this is where we should all go into hiding. The autocrat who has come to steal has already decided to unleash the Department of Justice on his enemies. The next scandal isn’t going to involve Mueller or the Russians at all. It will start to dawn on people that the Barr Justice Department isn’t here for any other purpose than to help Trump win in 2020. They will start by investigating any Democrat who gets out of line. Anyone with something slightly off in their background might as well drop out of the race for president.

Given the propensity Jane Sanders has for bankrupting colleges, you would think that Bernie would figure out that, if he runs for president and starts to win some primaries, Trump’s Justice Department will start sniffing around his financial dealings. The same goes for everyone else running for president. Make inroads against Trump, and the law will come after you.