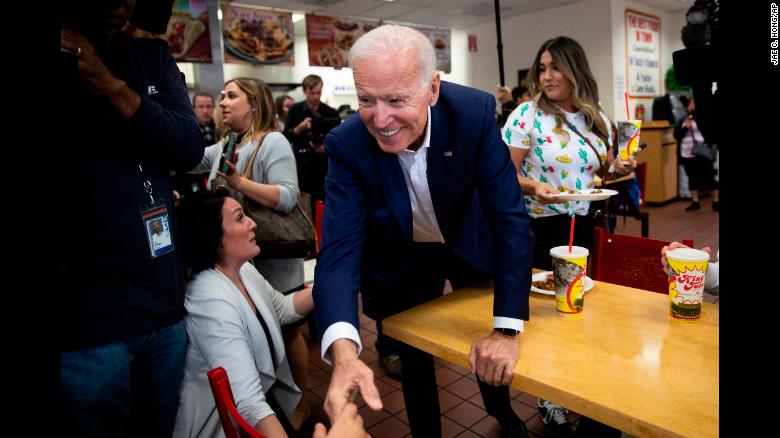 Former Vice President Joe Biden is running like it is his nomination to lose. Instead of getting into the weeds with Bernie Sanders, he’s brushing off his attacks like they’re nothing. Is this the right strategy for a front runner? Who the hell knows anymore?

"Bernie is trying to rekindle the magic of 2016, where he was the outsider running against a longtime member of the establishment," said Dan Pfeiffer, a former senior adviser to President Barack Obama. "The challenge is that this year there are no candidates with a claim to outsider status."

A Sanders representative declined to comment. Mark Longabaugh, an adviser to Sanders' 2016 campaign, said the senator ran then by pitting himself first and foremost against Wall Street, pharmaceutical drug companies and the billionaire Koch brothers, who fund conservative causes and campaigns.

Sanders' critiques of Biden come as the former vice president is taking the lead in many polls, displacing Sanders from the top.

For his part, Biden only nods at the tensions without mentioning Sanders by name.

You can see how hypocritical all of this is just by tracking the dishonest rhetoric of the Sanders campaign. Hundreds of millions of dollars were spent by Wall Street, drug manufacturers, and the Koch brothers to run President Barack Obama and Joe Biden out of office. He was in the administration that fought these people and gave the country the Affordable Care Act. He was on the receiving end of their abuse. This is just more of the same from Bernie. Instead of talking about what he plans to do, he attacks every Democrat in the race and tries to win by dividing the party that he’s too pure to actually join.

I think it is pretty disingenuous to sit here and pretend that Biden, as Obama’s Vice President, was somehow part of the problem. He wasn’t. He was on the right side of history when they were trying to tear down Obama. He was a chief defender, a loyal Democrat, and always seemed to be working to bring people together. You can denigrate that all you want, but it is largely the reason why Biden is more of a consensus pick for president—he represents the Democratic Party as a return to normalcy.

The best advice I can give people is, “don’t knock normalcy.” Restoring this country’s democratic traditions and rebuilding our standing in the wake of the Trump Regime is going to take years. If you want to beat Trump, give people a reason to vote for Democrats. The best reason to do so is to end all of the evil shit, fix the country’s infrastructure, preserve the health care system, deal with Global warming, and avoid starting any more wars.

If we’re going to pick a president based on his outdated opinions from the 1970s and 1980s, I don’t know that Bernie could really survive that sort of scrutiny.