Donald the Dove, Hillary the Hawk 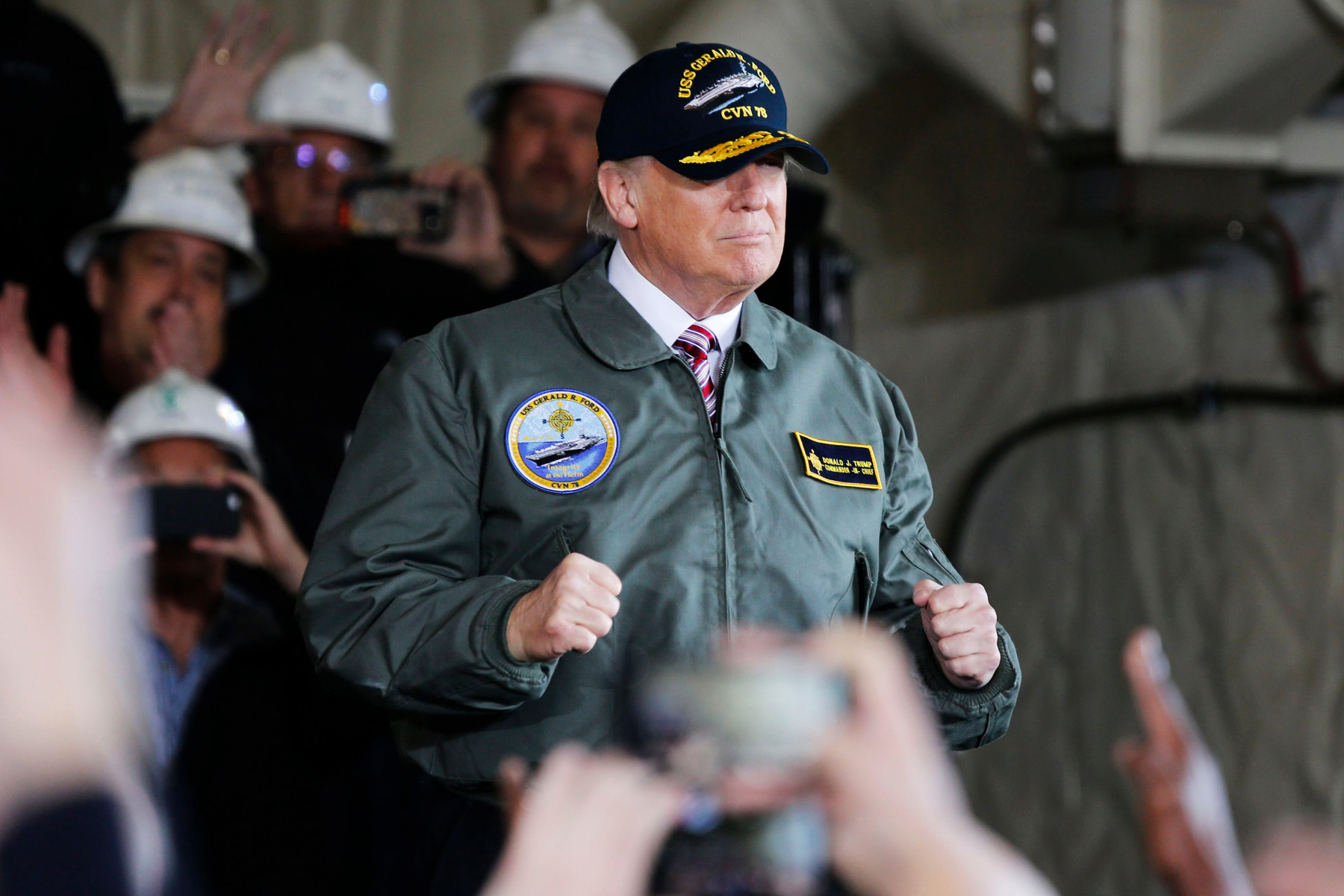 To the elites who should have stopped Trump before he was even elected president, thanks again for nothing:

Acting Defense Secretary Patrick Shanahan presented an updated plan to President Trump’s top national security aides that potentially sends as many as 120,000 troops to the Middle East if Iran attacks U.S. forces or accelerates its work on nuclear weapons, The New York Times reports. National Security Adviser John Bolton ordered Shanahan to update the plan, which was presented at a meeting last week and does not call for a land invasion of Iran. Deploying the 120,000 troops was reportedly the “uppermost option” of the plan, and it was estimated to take “weeks or months” to execute. While the plan was presented, it is not clear if Trump was briefed on the plan’s details or if he would support it. Spokesmen for Shanahan and Gen. Joseph Dunford, the chairman of the Joint Chiefs of Staff, reportedly declined to comment. Garrett Marquis, a National Security Council spokesman, told the newspaper on Monday the U.S. “does not seek war with Iran” but said the administration would be “ready to defend U.S. personnel and interests in the region.”

One hundred twenty thousand troops is “approaching” the number of troops deployed when the U.S. invaded Iraq in 2003, the Times reports. When Trump was asked if he wanted regime change Iran, he told reporters Monday that he’ll “see what happens” in the country. “If they do anything, it would be a very bad mistake,” he said.

Iran is not flat, nor is it in any way, shape or form similar to Iraq. There is no point in explaining that 120,000 American troops could smash through virtually any part of the Iranian military and then become bogged down if they are cut off logistically (the Iranians know how to close the Strait of Hormuz and they have gamed out any number of invasion scenarios). There’s no point because anyone who invades Iran is a fool and I cannot believe that is actually on the table. The threat of Iran is an illusion, of course, but American military planners know that an invasion would trigger a massive series of retaliatory moves throughout the Middle East. They’ve had decades to plan this out. We had a chance to hit them when Bush was president and, for some reason, sanity prevailed.

I don’t believe that there really are plans to move 120,000 American troops to the region; I think this is a trial balloon being floated by idiots. To successfully invade Iran and threaten the regime, you would need a force more than seven times that to even begin to have a serious discussion. Let’s start at a million troops for the invasion, and at least 2.5 million for logistics. That’s everyone on active duty, all the Marines, and you’re going to have to call up virtually all of the reservists and Guardsmen available. You’re going to need your entire merchant marine and you’re going to have to send five aircraft carriers just to kick off what promises to be a multi-year operation. Good luck getting all of them into their uniforms for game time.

No Christmas for you, private Snuffy.

Malcolm Nance is actually an expert on these plans and I think Adam Silverman is also very knowledgeable. To get into the insanity of invading Iran is a losing proposition. You could explain the logistical nightmare of it all you wanted, but it wouldn’t budge the people who think we can project a nearly a million men and women anywhere in the world these days and crush any adversary. We would have to spin that up very carefully, and we would have to be united as a country to do it. We are not. We would have to activate several hundred thousand National Guard members, and when we did that during the first Gulf War in 1990, a whole lot of people fought having to be deployed (again, you weren’t told much of that because it was a rah-rah war started by a Republican). Do you really think, in the Trump Era, the American people would stand for such a thing?

Hells to the no, baby.

If you tried to move that many sailors, airman, soldiers and Marines into the region, Iran would not stand for it. Where are you going to base them? Do you think Saudi Arabia and Kuwait and Qatar and the UAE would want that sort of attention this time around? Do you think Turkey would want us to run the war out of Incirlik again? Oh, hell, we’re in Afghanistan this time around. Just run it through there, right?

Sorry, but that ain’t happening. If it does, the American people are in for a world of hurt and years—years—of war.