Think of All the Evidence Trump Destroyed 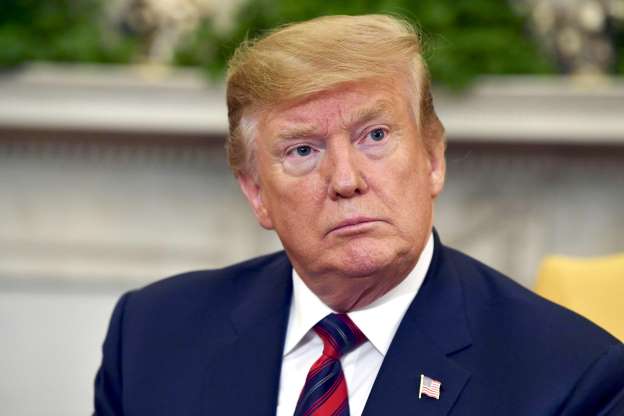 Trump and his minions must have destroyed a lot of evidence before Robert Mueller got around to writing his report. That’s something I didn’t see mentioned yesterday (apologies to anyone who brought it up) but, really, after several years of being beaten down, I feel like we’ve turned a very important corner.

Like many of you, I haven’t felt like engaging with, or writing about, or even thinking about anything to do with current American politics. What a mess, what a fiasco, what a shit show, right? And I think we can all wake up today and realize, oh, we’d better get involved in this thing again. We’d better start paying attention to what’s being done in our name. It’s not about the outrage. It’s about doing something.

The media narrative is really being summed up here:

President Donald Trump has evaded criminal charges — but special counsel Robert Mueller’s report is a brutal indictment of his campaign and his presidency.

The first volume of the two-part, 448-page report details how Trump and his allies solicited, encouraged, accepted and benefited from the assistance provided by America's most storied foreign adversary as part of a multi-front assault on American democracy.

The other lays out comprehensive evidence that the president may have obstructed justice through what Mueller described as a "pattern of conduct" that included firing FBI Director Jim Comey, trying to remove Mueller, publicly praising and condemning witnesses, and seeking to limit the scope of the probe.

Taken in sum, Mueller's findings reveal three years of actions by Trump and his subordinates that critics say rattle the very foundations of the American system of governance, from the sacrosanct nature of democratic elections to the idea that no man, not even the president, is above the law.

The GOP has decided that their president is above all the laws they used to care about. And this story really doesn’t get to the heart of the counterintelligence narrative (which matters above all else) that emerges from Mueller’s report.

Not only should Trump not be president, he and everyone working for him shouldn’t be allowed into any building where any U.S. government business is being conducted. They do not constitute an administration or a government—they are a vast criminal enterprise that has been penetrated and compromised by numerous foreign governments. Hey, Republicans—remember when you used to have an ounce of shame and a dedication to the constitution and ensuring our democracy was being protected? Yeah, I can’t remember, either.

But think of all the evidence that they destroyed. Think of what they got rid of or hid away or just plain lied about to get us to the point where the actual Mueller Report tells us they ended up. Think of what they had to do to only make it as bad as it is. Had someone truly cooperated (and I don’t think anyone really did), I don’t want to imagine how bad it would be right now.

As for impeachment, why bail them out? Why give Republicans the chance, however slim, of regaining their credibility and casting Trump as a victim? They won’t remove him from office, they won’t do the right thing, and you can only “impeach” the entire GOP by showing how criminally corrupt they are and hoping the voters agree?

I mean, there is no shame anymore. They don’t care about the law. They know they’re hypocrites. They have no credibility. And they certainly can’t govern. I don’t know why you wouldn’t want to run against them in 2020. Let the dumpster fire burn itself out by election day.