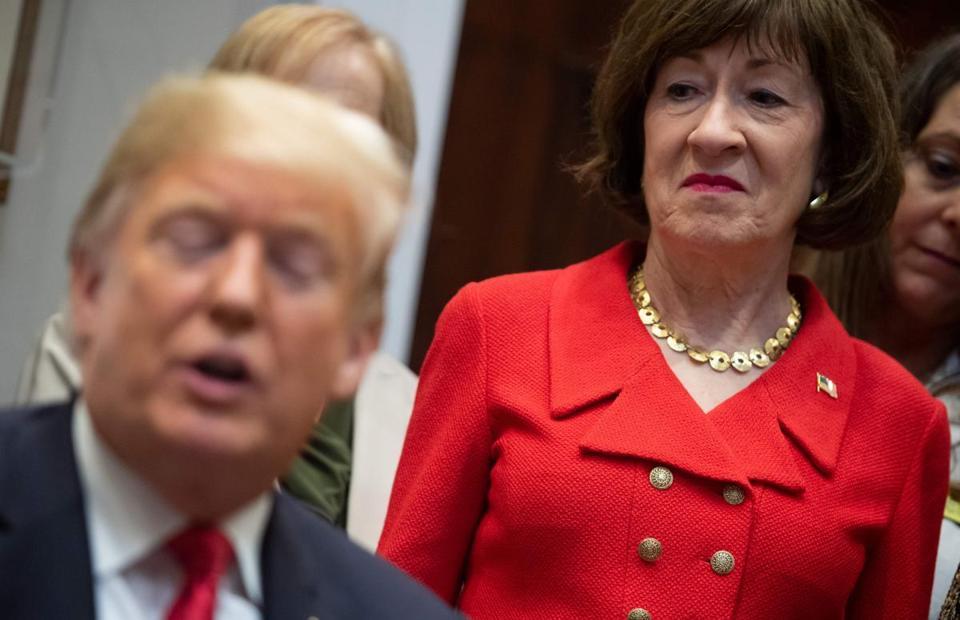 Maine Sen. Susan Collins, one of the most vulnerable Republican senators in 2020, raised more than $1.1 million in itemized contributions during the first three months of the year. But less than 1 percent of that money came from her home state.

By contrast, Collins raised $52,000 from 46 itemized Maine donations in the first three months of 2013, the last time she was running for re-election. Those donations represented 41 percent of her itemized donations.

People in Maine got tired of their crazy governor and threw him out of office. Now they have a chance to throw Susan Collins on the ash heap of history.

Don’t you just love how there’s a photo of virtually every GOP senator and Trump? Please do your part to ensure that the Senators up for re-election in 2020 are always pictured standing next to Trump with a sour look on their face.