Kirstjen Nielsen Is Out 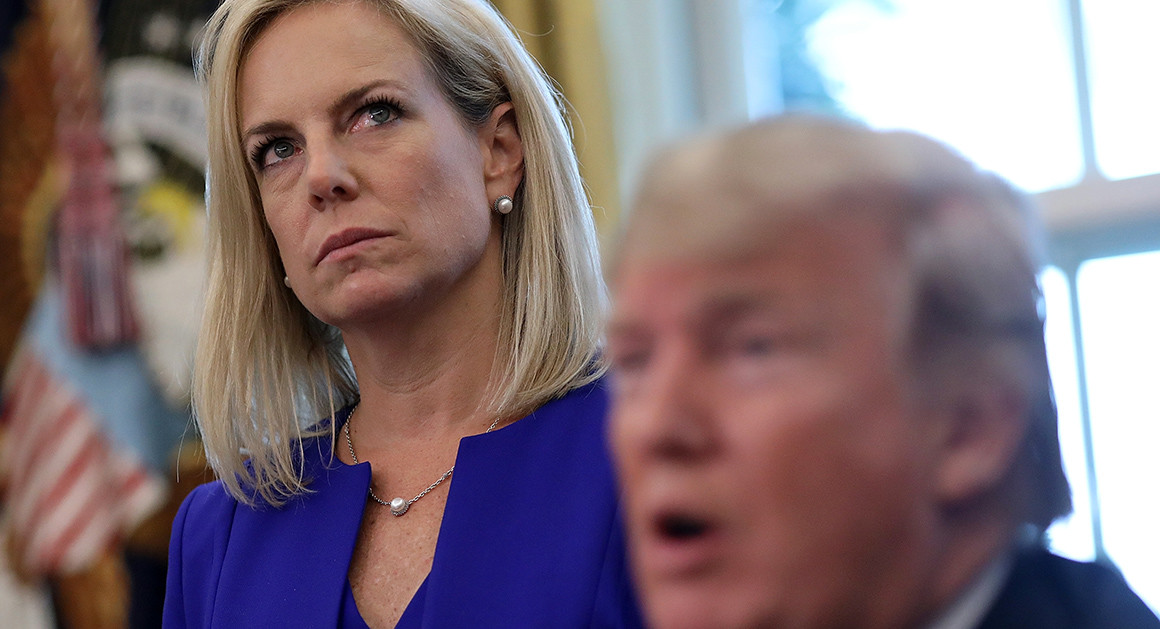 I am of the opinion that a number of Trump’s cabinet secretaries are going to be prosecuted for crimes they committed while in office. This won’t happen until there is a Democrat in the White House, and the media will look at this as unfair. But, screw them, they have helped normalize these people. The list of cabinet secretaries who should already be in prison for outright corruption is as long as your arm, and I have to believe that it is far more important to hold these people accountable than it is to let bygones be bygones.

Certainly, Kirstjen Nielsen will be at the top of that list, given how she implemented the family separation policy. Her resignation tonight opens the door to a lucrative future, telling people how brave she was:

"Secretary of Homeland Security Kirstjen Nielsen will be leaving her position, and I would like to thank her for her service," Trump said on Twitter.

"I am pleased to announce that Kevin McAleenan, the current U.S. Customs and Border Protection Commissioner, will become Acting Secretary for @DHSgov. I have confidence that Kevin will do a great job!" Trump continued.

The media should not accept this as normal, nor should they rush to offer her a chance to tell her story. She should be shunned. If you implement inhumane policies, how can you not be held accountable for that? And why wouldn’t you want someone to be held accountable?

There should be no “club” for these people. Nielsen will be allowed to write her self-serving memoir, of course, and a confused nation will wonder what the hell just happened. How did we get to this point? Where a person like Nielsen could do such a horrible job and end up wealthy and respected?

The media needs to get wise and start focusing on how awful Trump and his people truly are. Giving them cushy media jobs is the definition of failing upwards, and it has to stop.