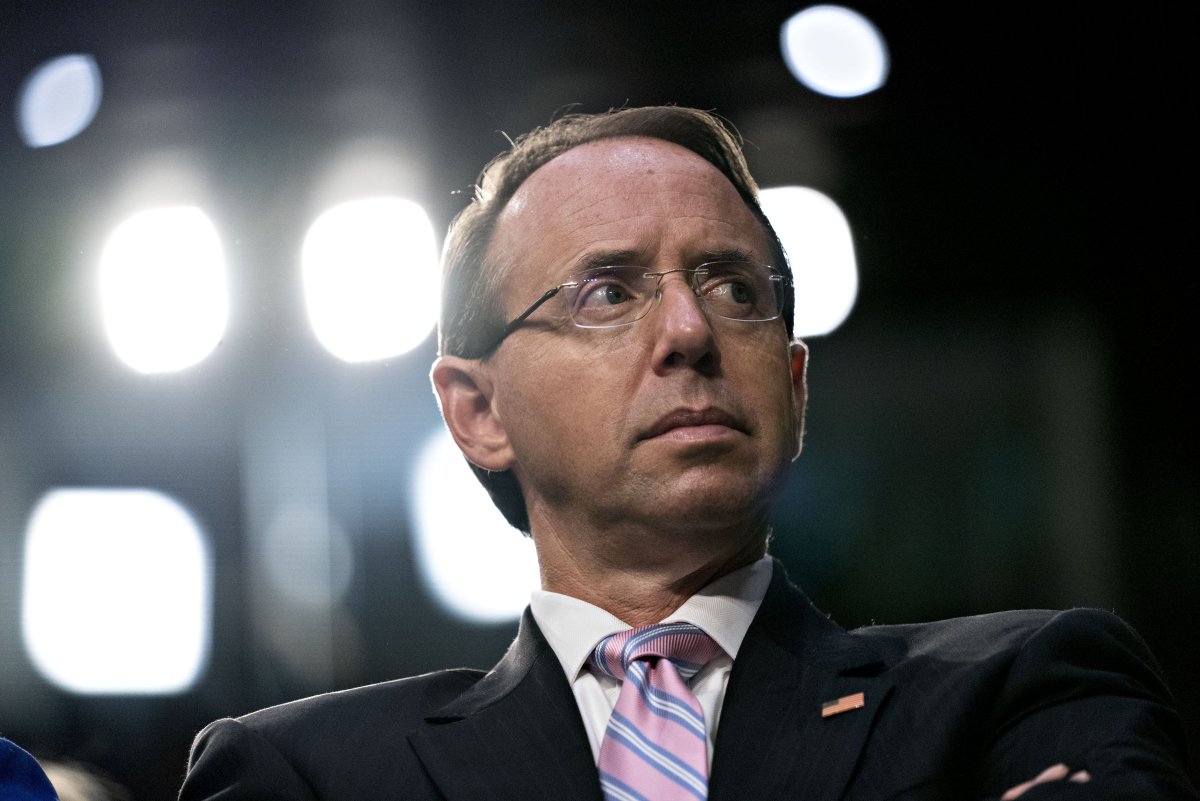 You can say whatever you want about Rod Rosenstein, but history is going to judge him harshly for all of his poor decisions:

"We enforce the law without fear or favor because credible evidence is not partisan, and truth is not determined by opinion polls," Rosenstein wrote. "We ignore fleeting distractions and focus our attention on the things that matter, because a republic that endures is not governed by the news cycle."

Let’s go all the way back to his decision to appoint Robert Mueller. It was not based on any precedent that I recall. In fact, it used to be, that if the Republicans were in charge and if they needed a someone to conduct an independent investigation, they were obligated to choose a Democrat. Instead, a Republican appointed a Republican to investigate some Republicans, and we got a very GOP-friendly spin on things before the whole rotten, sordid mess came out.

Rosenstein was a witness to the obstruction of justice that he was charged with investigating. Not only should he have picked a Democrat, he should have insisted on an investigation without limits or boundaries, one that would be seen as fair and legitimate. He should have done more to stop Trump from criticizing Mueller, of course, but he failed at that, too. And then, come to find out, he was a toady all along.

Republicans are so bad at governing, I have no idea how that isn’t the first question out of every reporter’s mouth these days. Why is the GOP failing to protect the rule of law? Why are they terrible at running government institutions and agencies? Why are they so unpopular and why do they tolerate so much graft and incompetence?

If the fucking media would get off their asses and do their jobs, this would be a constant refrain. Why can’t Republicans maintain some semblance of dignity and honor while running the Executive Branch of the government of the United States of America?

You’ll never hear that question. Republican Daddy is in charge, shhh. You’re just being shrill when you notice how goddamned bad they are at their jobs.

Shhh! Or you’ll wake Republican Daddy and he’ll beat everyone with a belt again.