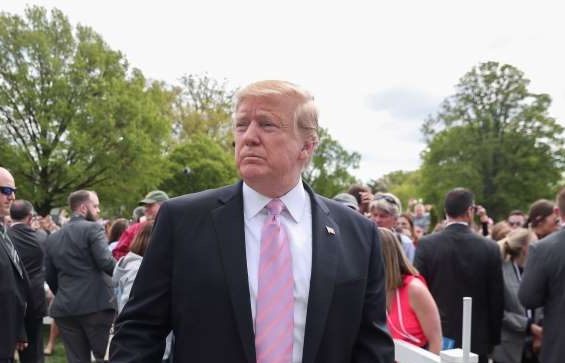 I think that Trump and everyone trying to protect him have no idea what they’re up against and why they’re in tremendous danger going forward:

Donald F. McGahn II arrived in a windowless conference room in southwest Washington in November 2017 to meet for the first time with the special counsel’s investigators. He was the White House counsel at the time, and he was reluctant to answer their questions for fear that President Trump would one day blame him for any damaging revelations.

A year and a half later, the scapegoating has begun. Mr. Trump and his surrogates began attacking Mr. McGahn shortly after the report by the special counsel, Robert S. Mueller III, revealed he was the chief witness to the president’s attempts to undermine the inquiry. In an interview on Monday, a member of Mr. Trump’s legal team challenged Mr. McGahn’s motives and memory and accused investigators of ignoring inconsistencies in his assertions.

“This is a cross-examination a law student could perform — by the time he’s finished, you would come to the conclusion he’s hopelessly confused” and would be “shaking,” Rudolph W. Giuliani, the president’s personal lawyer, said of Mr. McGahn’s interviews with investigators.

We’ve moved beyond the Special Counsel and into the world where you start to have hearings that result in people going to prison for either lying to Congress or admitting they committed heinous crimes. We really need televised hearings to start in May and run all through the rest of this year. We need hearings on obstruction of justice, corruption, the shady deals that Trump has been cutting with everyone willing to throw money at his properties, working with the Russians, and everything else.

We damned sure need to know why his children received security clearances and we’d better get to the bottom of why they’re putting babies in cages. We need as many hearings as you can handle, and we need them now.

I don’t think impeachment advances the country in the right direction but I do think it is being compelled upon us in the right way. It has to be demanded by the people, and that seems to be the shift right now. It will not lead to Trump being removed; what I am afraid it will do is lead to a decision not to convict Trump of high crimes and misdemeanors in the Senate and that will give him the chance to claim vindication and innocence.

Trump is not innocent of anything. There are no sane people who believe he has not committed high crimes and misdemeanors on a regular basis since being sworn in as president (which is vastly different than directing that felonies be committed on his behalf before Inauguration Day). There is no one left who can be lied to. This man is an enormous fraud. There are people who support him out of spite, and that is all he is left with. None of them will ever vote for a Democrat, so please don’t tell me we have to “appeal” to them.

They are lost for good.