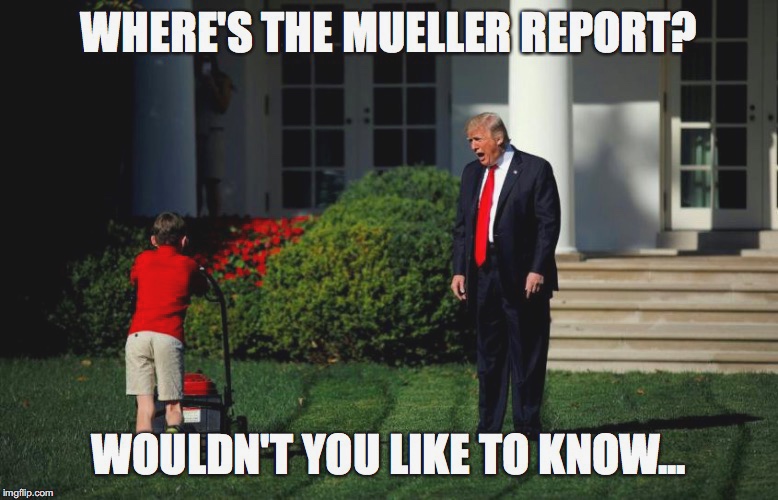 I’m starting to think that what William Barr told us about what’s in the Mueller Report is inaccurate at best and a complete whitewash.

Even as the specter of Robert Mueller's probe has vanished, Trump plans to turn the investigation, Democrats' constant accusations of wrongdoing and the media's coverage of it all into a new foil, half a dozen advisers and aides said. He has already signaled he'll weaponize the results, targeting those who ordered the investigation and Democrats he says waged political warfare.

The counteroffensive has some advisers concerned the President could overstep, diminishing a clear victory by sinking back into old grudges or calling for extreme steps to punish those he views as foes.

The conclusion of Mueller's investigation without evidence of collusion could present an opportunity to move past a dark period and toward a sunnier, more disciplined presidency -- an outcome some advisers have wished for in private.

Maybe for a different President.

Instead, Trump appears poised to relive the first two years of his presidency and the "witch hunt" investigation that clouded it, this time through the lens of personal and political vindication. His public comments since his attorney general summarized the report for Congress on Sunday have all carried the threat of payback -- for Democrats who accused him of stealing his office and the media that he says fanned the flames -- and offered a preview of his rhetoric on the 2020 campaign trail.

I’m not ready to move past it, either. In fact, I’m looking forward to the day when a Democrat will be appointed as Special Counsel to investigate Trump and the GOP for their complicity in destroying the rule of law. The way it used to work in this country was, if a Democrat was accused of doing something wrong, a Republican would be appointed to investigate, and vice versa. This is one of those times when they let the GOP run the table and choose their own judges and their own deciders-in-chief.

If Robert Mueller was too chickenshit to make a decision, find someone who will. The country is full of qualified people—pick one and get to the bottom of all of this.

Until that happens, I’m not surrendering. I’m not going to stand for this Republican victory dance. Let’s dance, motherfuckers. 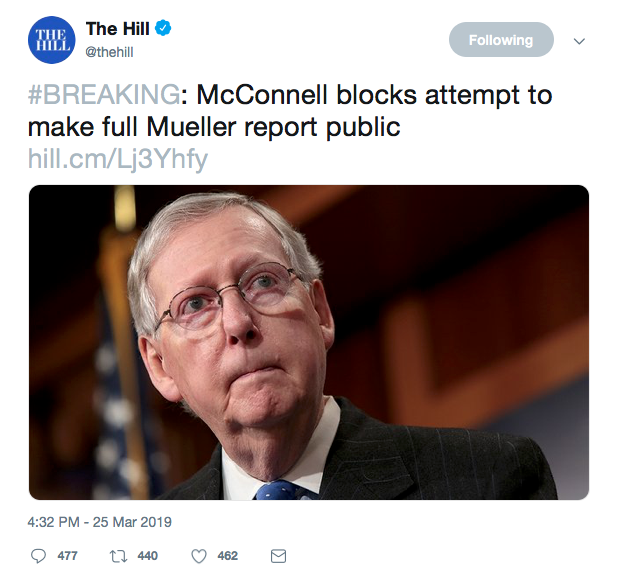 Right on cue: no you don’t, ya dirty pup!