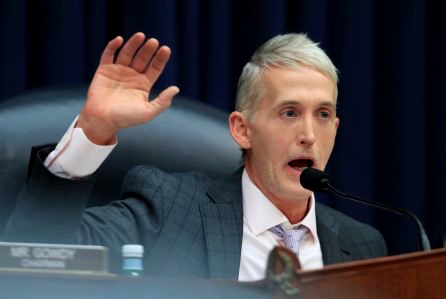 You already knew that former Congressman Trey Gowdy was about as useless as possible when he served as the Grand Inquisitor of Benghazi. He spent millions, gave endless interviews, and dragged witnesses up to the Hill for hearing after hearing that went nowhere.

He’s back on television, decrying the very thing that made him what he is today—a sad, broken man with nothing to show for his time in office:

“What we learned this past week is how utterly useless public congressional hearings are,” the South Carolina Republican said. “I think two closed-door sessions this past week on the Senate and House side with the intelligence committees were very helpful. That is why they’re bringing Cohen back.”

Yeah, Fox is getting what it paid for with Gowdy. He’s ridiculous on purpose, and he helps scare the old farts. This is about all that can be expected of such low-grade talent.