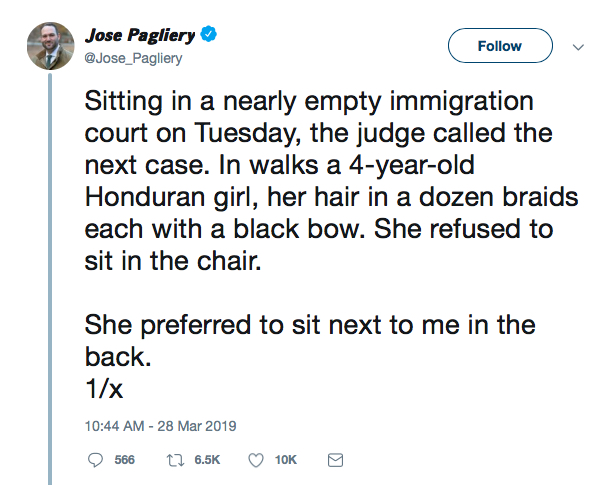 Here are the rest of Jose Pagliery’s tweets: 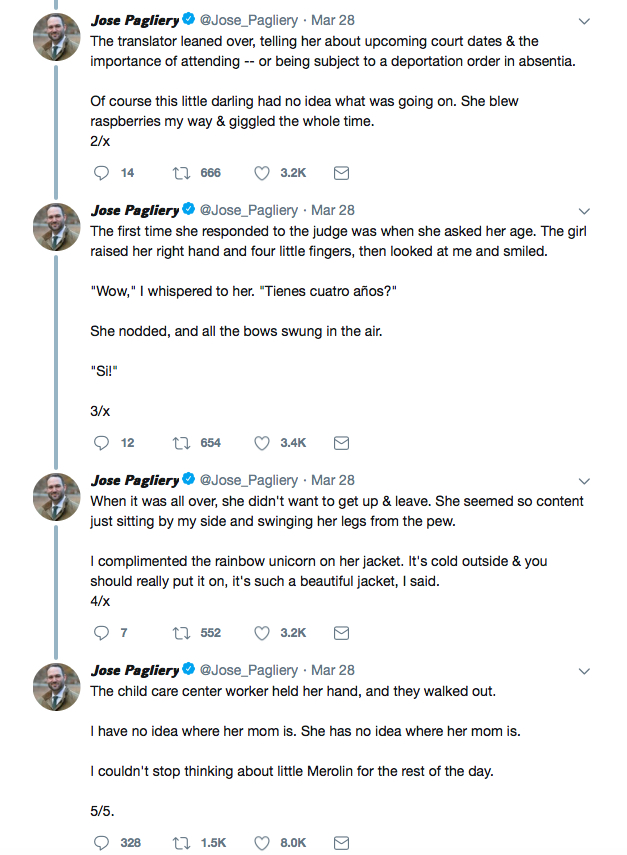 This is why we resist.

This is why we are fighting this monstrous regime that has taken over the United States government.

This is why everything fucking sucks and I hate blogging now. Hate it.

This is why we can’t hold our heads up around the world anymore.

This is what the Russians want.

This is what makes it so the Chinese can put people in camps by the millions.

This is why the world is scared.

This is why you can’t help but wonder what made monsters out of Americans.

This is why there is fear when there should be hope.

This is why four year olds are growing up way faster than they should.

This is why our anger is building to the point where I don’t think anyone in the GOP really sees it. You can’t keep pushing evil into the public spaces that surround us without there being something equally toxic that emanates from our politics. I’m done with hoping these people come to their senses. That hope died after Charlottesville when so many kept working for Trump. There should have been mass resignations and there weren’t because these people prefer the evil to everything else. There should have been more of an outcry last year when the family separation plan was put into action and our government abducted children from their parents and injected them into a ridiculous system of court appearances like the one outlined above.

You see, in a number of years, that little girl is going to come to the realization of what happened to her. It will dawn on her what was done, what she lost, what was taken from her, what the Federal Government of the United States of America put her and her mother through, and she may not even know where her mother is at that point. That realization makes people into something we may not have the understanding for. It may make her sullen, bitter, angry or indifferent. It may make her a candidate for higher office or someone on their third stint in the county jail. It may make her a productive member of society or someone who doesn’t give a shit about anything so why try anymore.

Did we really need to do this to that little girl? No, but it was done to her.

Did anyone think about the consequences?

No, because the evil and the cruelty of it was the point all along.

If that doesn’t make you resist, then what would?