This is Being Done in Our Name 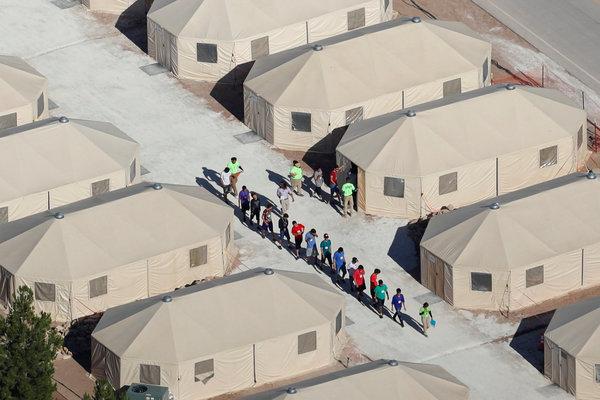 People are getting sick in the cages that Donald Trump put them in:

More than 2,000 people in Immigration and Customs Enforcement custody are being quarantined amid an outbreak of mumps and other diseases.

The numbers of immigrants in custody with a contagious diseases has spiked in the past year. For the previous two years, the agency has not encountered a single case of mumps among its detainees.

"As of March 7, 2019, there was a total of 2,287 detainees cohorted for exposure to a detainee with a contagious condition," said ICE spokesperson Brendan Raedy in a statement.

In the past 12 months, there have been health investigations at 51 ICE detention facilities for mumps, chickenpox and influenza, according to Raedy.

There have been 236 reported cases of mumps, with another 16 suspected cases during this time period.

When they write the story of this era of madness and corruption, one of the things that is going to stand out is, how did we let them run concentration camps on American soil like this? These camps are intended to gather a vulnerable population of people together so they can become ill, and die off.

It’s that simple, and it’s that evil. These people are being sent to their deaths because of the choices being made. When do we put the real criminals in jail? Should we show them as much mercy as they are showing the babies and children and mothers in cages?

I used to be able to write all the time. Shit, nowadays, I can’t even remember why I keep posting this stuff. It’s outrageous. It’s searing and it reminds me of the craziest days of the George W. Bush era. How do you keep going? What can you do to actually help people?

I don’t know anymore. I just can’t believe any of this is happening. I wish I had the answers.