Republicans Act Like the Mueller Report Has Been Out For Weeks 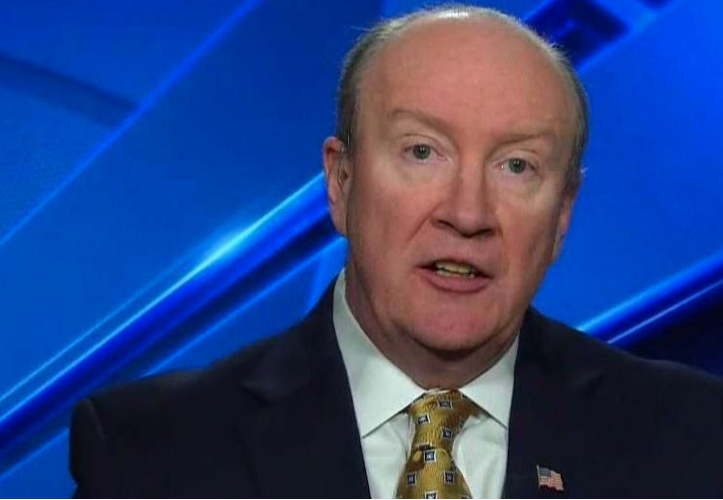 Andrew McCarthy of Fox News has written a piece that sounds as if he’s read the Mueller Report, had a chance to mull it over for several weeks, and then thoroughly cleanse himself of it in public: 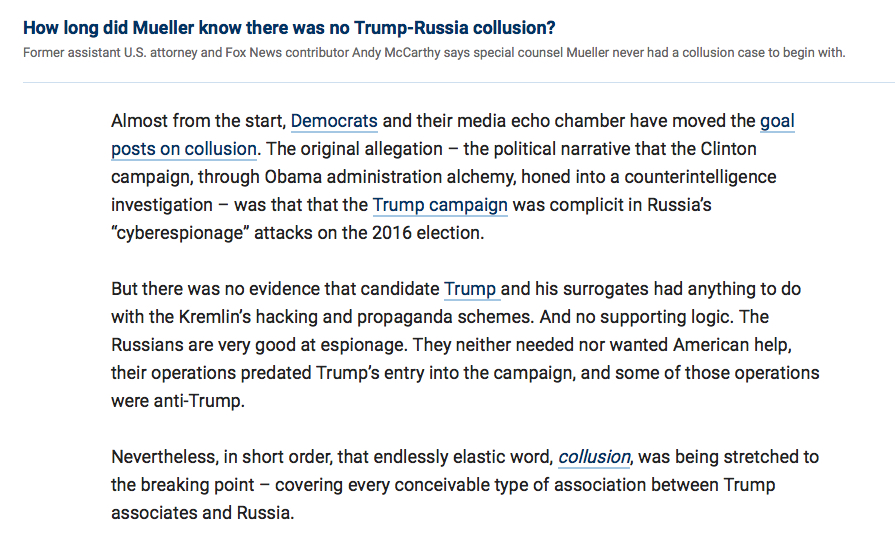 Every one of the links that appear in the excerpt above (I disabled them and created a screenshot of McCarthy’s intro) goes back to Fox News. McCarthy actually writes “But there was no evidence that candidate Trump and his surrogates had anything to do with the Kremlin’s hacking and propaganda schemes.”

That’s not what the Mueller Report says. That may be a distillation of what Attorney General William Barr wrote in his four page lawyerly letter, but the Mueller Report doesn’t appear to say anything about “candidate” Trump or his surrogates because we haven’t seen the actual report. We do not have the work product, the Grand Jury testimony (which can be released) and we don’t know what Mueller had to say about any of this in any detail.

We have a summary written by a GOP political appointee, but we don’t know what is actually in the report.

The Republicans want the people who watch and read Fox News to think they have authoritative knowledge of something no one outside of a handful of individuals have actually seen. They want to deal with the Mueller Report in the past tense, as something finished, when it is not actually present and ready for evaluation by qualified individuals.

This is how dishonest hacks like McCarthy are able to set the narrative and define the scope of a story. They know that they would never accept this situation if it involved a Democrat. Hell, they were screaming about Obama’s birth certificate, Benghazi, Hillary’s E-mails, and Seth Rich for years—years—after the fact that everything that we could have possibly known about those incidents was released to the public.

McCarthy’s piece, if reversed for partisan effect, wouldn’t pass the smell test anywhere. There’s no chance he or his ilk would be sitting back, wondering how to improve their skills or get better at analysis over what happened. He knows he’s lying about what he thinks he knows about something no one has been able to see as of yet. He’s working the refs, working the clock, and cooking the books as much as possible before some dumb shit leaks the actual Mueller Report.

How transparently obvious of a liar do you have to be these days?

Republicans want to dunk on Democrats for a change, and that’s what all of this is about. They want to establish a win without waiting for the clock to run down.

It’s not working, and they know it.