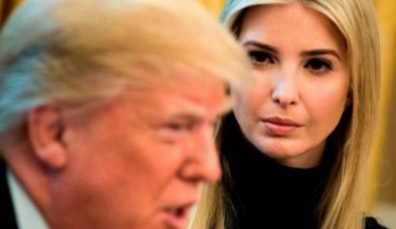 I just don’t think people get what this is really about.

CNN has framed this around nepotism. Anderson Cooper had Maggie Haberman on to talk about how Trump put pressure on officials to get security clearances for Jared Kushner and Ivanka Trump. They went on and on about how unusual it is for a president to have his children working for him in the White House.

Forget all of that. This is more of the sideshow. On the real substantive issue of national security, there are more important things to consider. The big picture view here is that he has surrounded himself with incompetent people and the truth never reaches his desk. He has to be flattered, constantly, and no one can tell him something that contradicts his preconceived notions.

Trump, as president, can grant anyone a security clearance. There’s no violation of the law here.

But Trump, as president, is charged with protecting national security. On that issue, he is a colossal failure. He should be impeached for that, but he won’t be.

I mean, it should be all of those things and more! But, in our new normal, things that would cause a Democrat to be run out of public life forever are just a Tuesday revelation in the Trump era. Tomorrow, there will be something else.

So, it’s not just the fact that Trump ignored the rules and did what he wanted to do.

No, it’s a fundamental lack of protecting national security. Trump has failed. He refuses to put the interests of the country ahead of his own. There are now so many examples of how he has refused to look out for our safety and security as a nation that it is just makes people like me incandescent with rage. The double standard here is appalling. For years, we heard how Clinton and Obama were neophytes who couldn’t keep America from being attacked.

George W. Bush blew off his intelligence briefings. Trump can’t get through them unless someone shows him a picture of himself and says his name over and over again. See the pattern here?

We are not being protected.

Your state, your city, your town, your neighborhood are more vulnerable than they were when Obama was president. Your family, your friends, the people you know are not as safe as they were just a few short years ago. The economic prosperity of this country is in mortal danger. Our environment, our common discourse, our communities, the places we gather, and the things we share are all being destroyed, slowly, before our very eyes. These things get in the way of the glory of Trumpism and the creation of an unhinged theocratic Republican state, organized around corruption and white nationalism.

The threat is there, and we’re the unsuspecting frog in the pot of water that is going to boil.

We are in severe danger.

We are in harm’s way and no one is there to protect us.

They don’t care about you. They care about the money they’re stealing.

But, hey. The Republicans and the media are cool with this, so let’s talk about a first term Congresswoman who thinks we should be smarter in our relations with Israel.