Jerry Nadler is in the Business of Nailing Trump 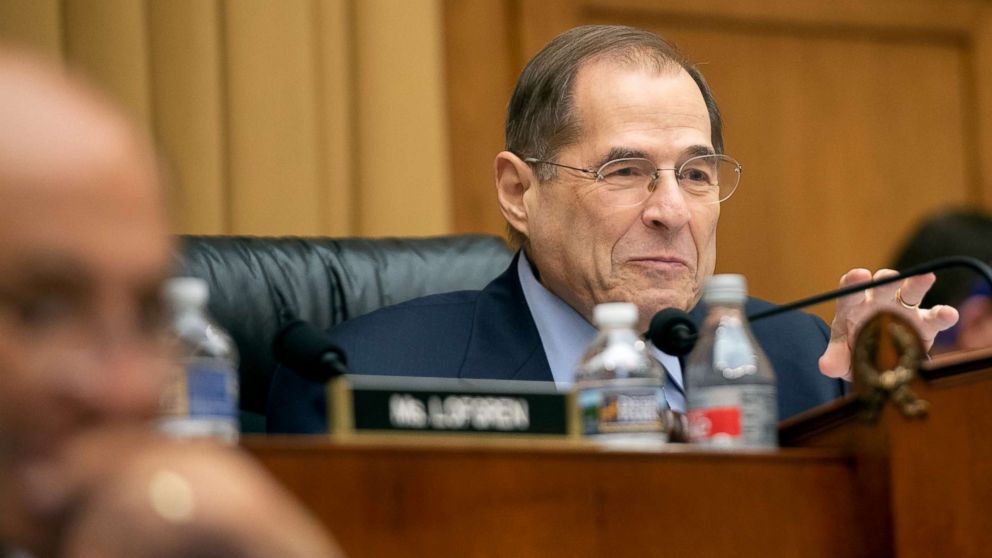 If the Mueller Report proves to be a let down, have no fear. Jerry Nadler is here to hold Trump’s feet to the fire:

Trump associates have turned over "tens of thousands" of documents to lawmakers probing alleged corruption and abuses of power by the President and his administration, House Judiciary Chairman Jerry Nadler announced Monday evening.

Nadler, whose panel launched a sweeping investigation into Trump world earlier this month, said "a large number" of the 81 people, federal agencies and business entities he demanded documents from on March 4 have complied and forked over records.

"Those documents already number in the tens of thousands," Nadler (D-N.Y.) said in a statement.

The New York congressman noted that, while he was "encouraged" by the responses he has received, his staff remains in contact with some who have asked for subpoenas "before they are comfortable supplying the information requested."

"It is my hope that we will receive cooperation from the remainder of the list, and will be working to find an appropriate accommodation with any individual who may be reluctant to cooperate," Nadler said.

Is there anything incriminating in that document dump? Probably not. But what makes Nadler’s investigation legitimate is that he has asked for people to comply and he has now given them a chance to do the right thing. In Trump world, nobody does the right thing. They lie, they cheat, and they steal. Nadler will nail them, and then he’ll have enough momentum built up to release Trump’s tax returns, just in time for the fall campaign for the presidency.

The subpoenas might catch a few interesting things, but nobody should expect much from the voluntarily released information. All of the good parts were shredded long ago. Trump is a paper-eating son of a bitch, and he knows that, when you’re in court, everything can go wrong for you if someone has you dead to rights. I think it is okay to be skeptical of this phase of the investigation. The House Judiciary effort should rightly be considered the Nadler Probe, and it will follow a parallel track to the Mueller Probe. Establishing the criminality of the Trump Regime is central to understanding how we must go about saving this democracy.

While everyone is busy getting ready for 2020, Nadler will be releasing his findings, week after week, month after month. This slow drip will become a horror movie for associates of one Donald J. Trump, who is little more than a cheap mob boss in decline.