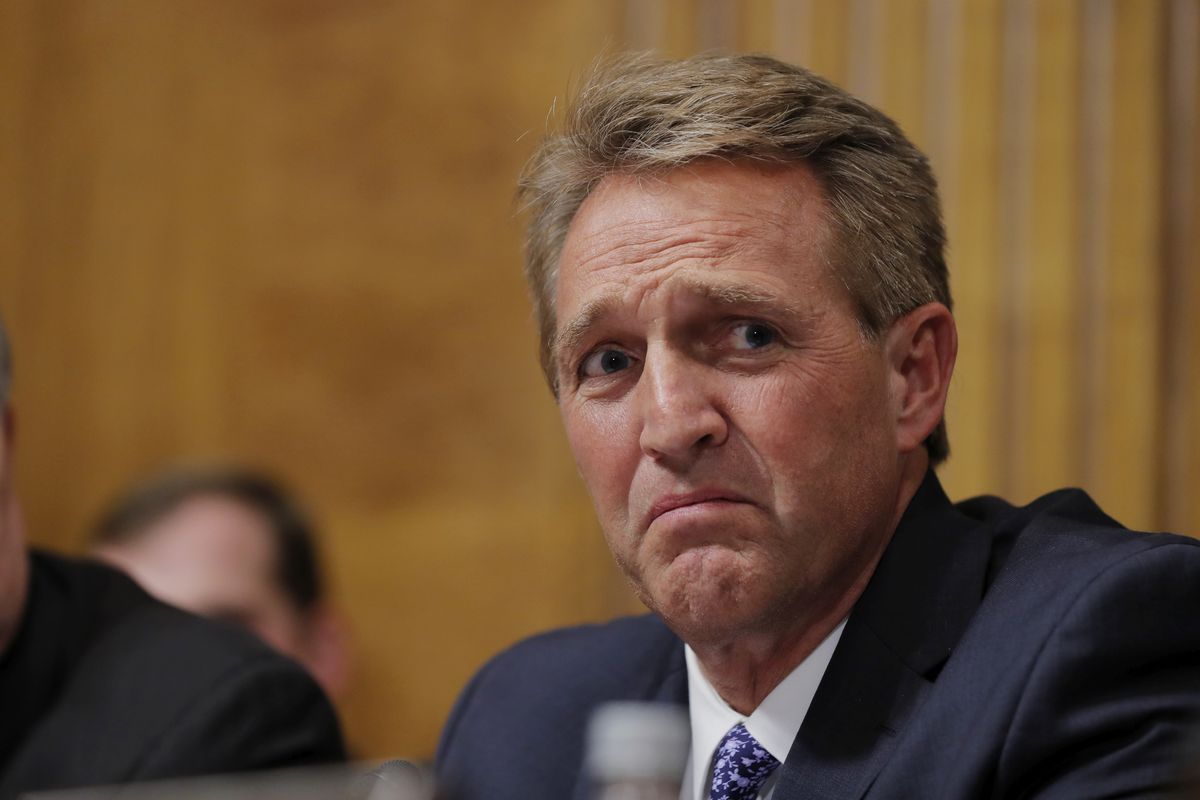 Admit it. You forgot there even was a Senator Jeff Flake, didn’t you?

Former Republican Sen. Jeff Flake would prefer a Democrat win the 2020 election than have President Donald Trump serve a second term, saying that "four years is difficult enough to unravel some of the damage" done internationally by the administration.

Flake, a longtime Trump critic who argued Thursday that the Republican Party should not support Trump in 2020, was asked if it is better for a Democrat to win the election if Trump is the Republican nominee.

"Yes ... and this notion, this narrative that's been built up, that Donald Trump is the only one that can cobble together the Electoral College and win is just a fallacy," Flake replied at an Intelligence Squared debate in New York City. The organization bills itself as a "non-partisan, non-profit" group that hosts debates aimed at promoting various points of view.

"I think that four years is difficult enough to unravel some of the damage that has been done internationally to our role, to our leadership position. We cannot, should not go another four years," the Arizona Republican said.

When the country needed Jeff Flake to stop the Trump agenda, he just kinda went, oh, okay, here we go, I’ll vote for this and maybe not for that, and then I’ll just kind of hold my nose and vote for this and, hey, I gotta get out of here. And then he would vote with his colleagues and pretend to be some weird version of Hamlet.

There’s a reason why people have a much greater opinion of John McCain and not Jeff Flake. When it came time to save everyone’s health care, McCain did the right thing. Instead of helping to stop the worst impulses of the Trump regime, Flake was out there voting to pass whatever was needed.

It would be fair to say that Flake is so irrelevant as to not even include mention in the media at all, but there will be this persistent myth of a “sane, reasonable group of Republicans” who tried to stop Trump and we all know that’s bullshit. They didn’t try to stop anything. So much of the damage Trump has done could have been held in check if a half dozen Republicans had been decent enough to put country over party, but they didn’t.

Flake certainly didn’t. How he wishes you thought more highly of him.