If there were real consequences for sexist, abusive behavior at VA hospitals, this wouldn’t be an issue right now:

An entrenched, sexist culture at many veterans hospitals is driving away female veterans and lags far behind the gains women have made in the military in recent years, veterans and lawmakers of both parties say. Although the Department of Veterans Affairs has scrambled to adjust to the rising population of female veterans and has made progress — including hiring more women’s health care providers, fixing basic privacy problems in the exam rooms and expanding service to women in rural areas — sexual harassment at department facilities remains a major problem.

Here’s how you solve this problem:

Really, this isn’t that difficult. There should be real and exact consequences for sexist or abusive behavior. The fact that there are not is the result of a failure to hold people to a basic standard of conduct and a failure of leadership to instill a culture that does not tolerate disrespect for women.

I mean, how can you read this and not want to punch someone?

At a recent hearing with veterans agency officials on Capitol Hill, Representative John Carter, Republican of Texas, described the treatment of female constituents trying to obtain V.A. health care. “It’s like a construction site,” he said.

Mr. Carter cited the same medical center in Texas that Ms. Foster had used — and noted that the Women’s Trauma Recovery Center within it was moved last year to a female-only facility in Waco so that women, who said they feared for their safety, could receive treatment without facing harassment.

“It’s hard to walk into a place and feel like everyone is looking at you wondering why you are there,” said Kristen Rouse, 45, founding director of the NYC Veterans Alliance, who described a sense of loss every time she glanced at the department’s motto affixed to her center in New York City: “To care for him who shall have borne the battle and for his widow, and his orphan.” Her organization supports changing the motto.

“Over the 24 years I have served my country, I have never been any of those,” said Ms. Rouse, who remains a reservist in the Army. “And I never will be.” (That portion of the motto, coined by President Lincoln, is now the subject of legislation.)

They should change the motto. If Lincoln were alive today, he would enthusiastically change the wording to be kind and compassionate, which was the intention of his words in the first place.

Anyway, this is the best idea yet:

A model for what women’s health care can be is on display at the Jesse Brown V.A. Medical Center in Chicago, where the vast majority of doctors and staff members are women. The five exam rooms and waiting area are only for women, and beyond offering basic health care, the center offers women a number of programs like a golf team, a weight loss group and art therapy. 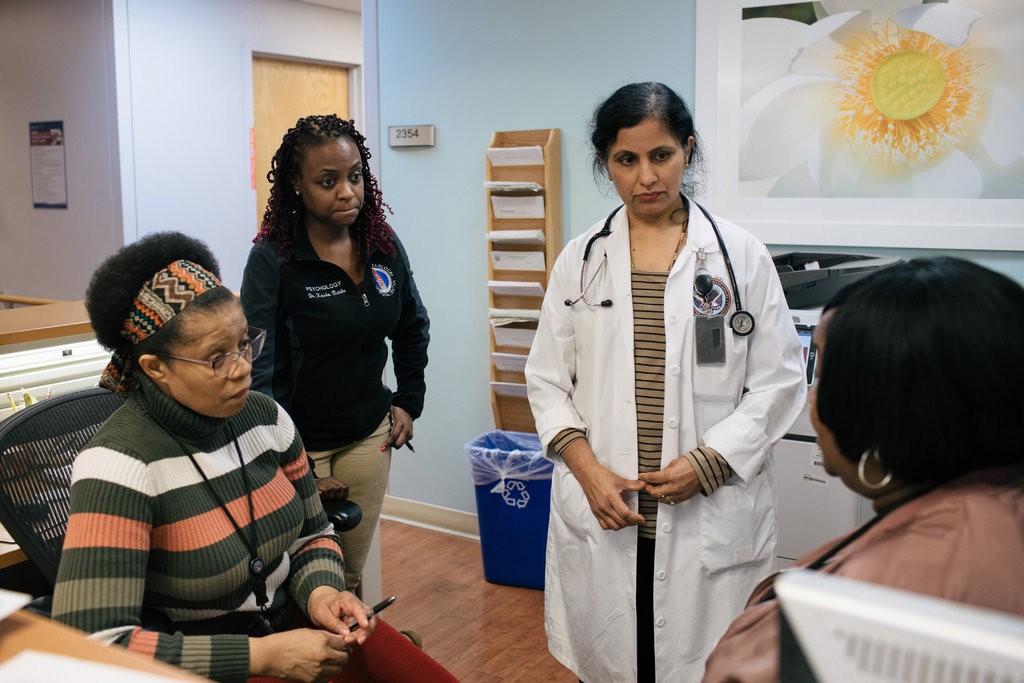 I’m all for this. Women should be treated with respect, regardless of their status as veterans.