She Lives Inside of Their Heads 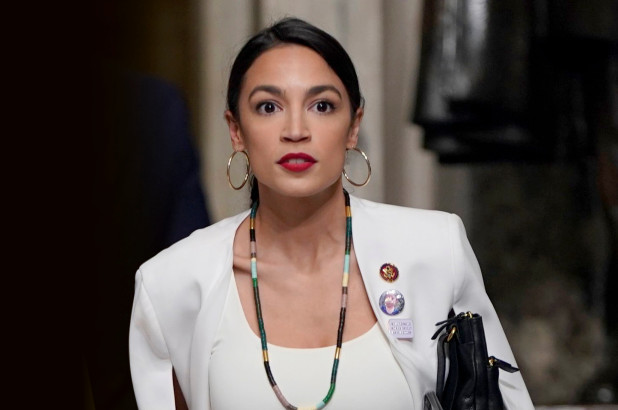 Do you know where this woman lives?

She lives inside of the heads of her enemies:

She may be America’s most famous freshman congresswoman, but in New York, Rep. Alexandria Ocasio-Cortez is a virtual ghost.

She has no district office and no local phone number, unlike the state’s three other freshman members.

And it’s unclear whether the 29-year-old lawmaker, who represents the Bronx and Queens, actually still lives in the Parkchester neighborhood that has been so closely tied to her rise — even though she won her upset victory over fellow Democrat Rep. Joe Crowley with accusations that his home in Virginia made him too Washington-focused to serve his district.

Ocasio-Cortez has used her deceased father’s Bronx condo on her voter registration since 2012, and even posed in the one-bedroom Bronx flat for celebrity photographer Annie Leibovitz in a Vogue magazine profile after her stunning November election. But The Post could find little indication she continues to live there.

The Post e-mailed the Ocasio-Cortez’ spokesman, Corbin Trent, four times with specific questions — they were all ignored. On Saturday, The Post reached Corbin by phone.

“We will not be commenting,” he said. Among the queries he refused to answer: Where does the congresswoman live?

If you’re a Republican, like Steve King of Iowa, you can be the filthiest, most racist bastard alive and no one questions your legitimacy to serve. You can be Duncan Hunter, so self-evidently corrupt as to be a walking, talking caricature of a lawmaker. You can be Devin Nunes, so blatantly self-serving and compromised by his affiliation with Trump as to be simply ridiculous. If you’re a Republican, you can be the worst human being alive and treat people like shit and your reward is to get re-elected after being feted by the goddamned media.

If you’re a young woman representing a liberal and progressive part of the country, you have no legitimacy. I’m sure we’ll hear about how Ocasio-Cortez wasn’t born here, or has three legs, or something stupid like that.

If there’s one thing I’m sick of, it’s that there can’t be liberal or progressive voices out there who are legitimately-elected patriotic Americans who love this country and want to serve the people who sent them to Washington D.C.