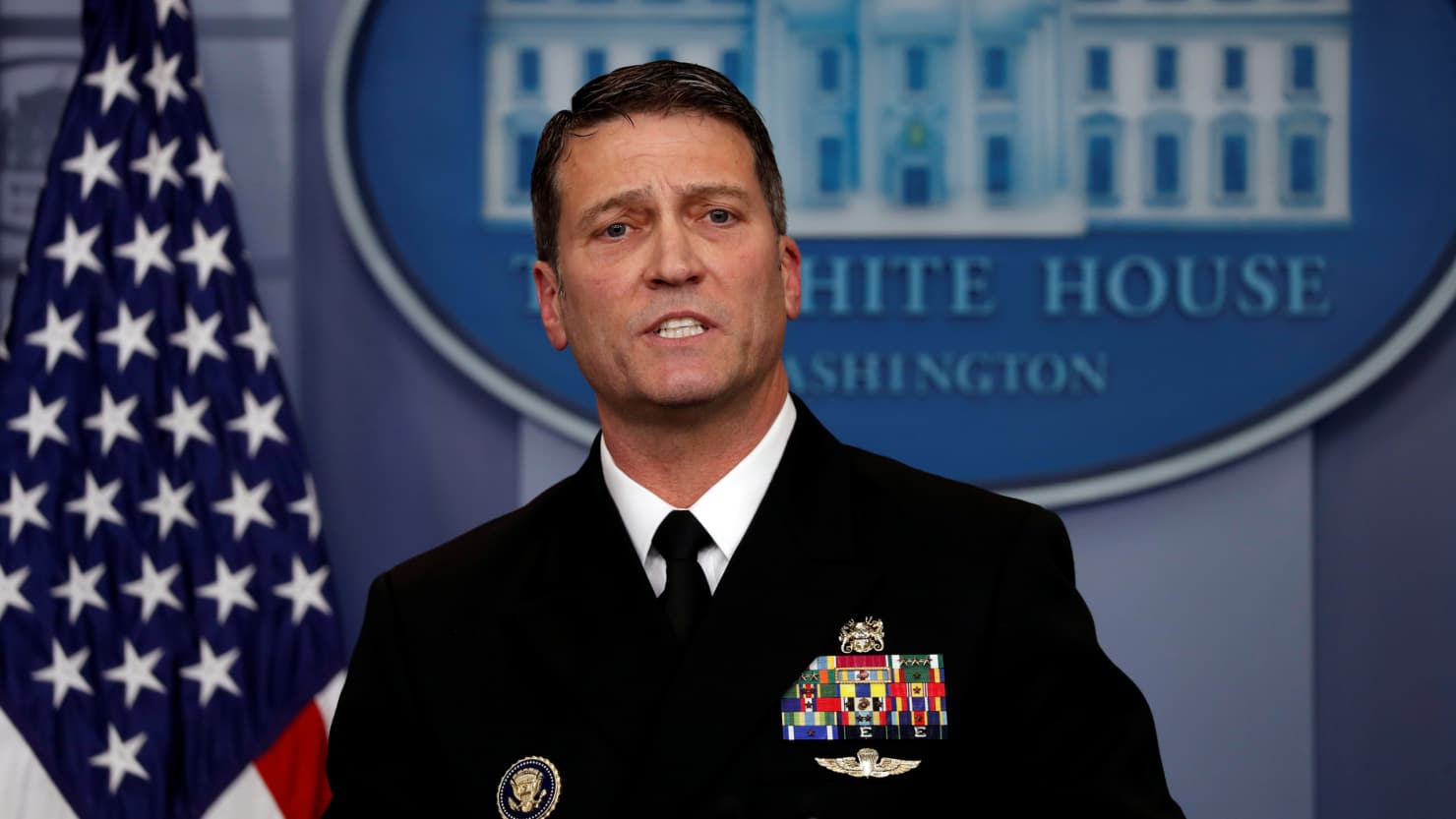 After Trump has his annual physical, you can expect this guy to lie to us about the president’s health:

President Trump has chosen his former White House physician, Adm. Ronny Jackson, to resume his role as chief medical adviser. Jackson is the subject of an ongoing Pentagon investigation into allegations he haphazardly gave out medication, drank on the job, and created a hostile work environment. The allegations caused Jackson to withdraw his nomination to be Veteran Affairs secretary in June. On Friday, the White House also nominated the Navy admiral for a second star.

So the fix is in. Jackson won’t tell us Trump’s actual medical condition because that can be kept secret for national security purposes. If the Chinese knew that Trump was addicted to some substance, they would have a negotiating advantage. The same goes for Trump’s morbid obesity and cognitive decline, which are obvious to anyone with the ability to think clearly. What is frustrating about living in these times is that we can see what’s happening right in front of us, but no one dares to act on it. Jackson could find his conscience, actually examine Trump, and do the right thing.

Anyone who thinks Trump is a mere 239 pounds can be convinced of anything.

He won’t. He has little or no character, and that’s based on his actions, going back to the Obama era. I suppose Jackson is taking the job because it is easier to hide behind Trump than it is to answer for being drunk on duty and a terrible leader.