Relentless Stupidity Tends to Ruin Everything 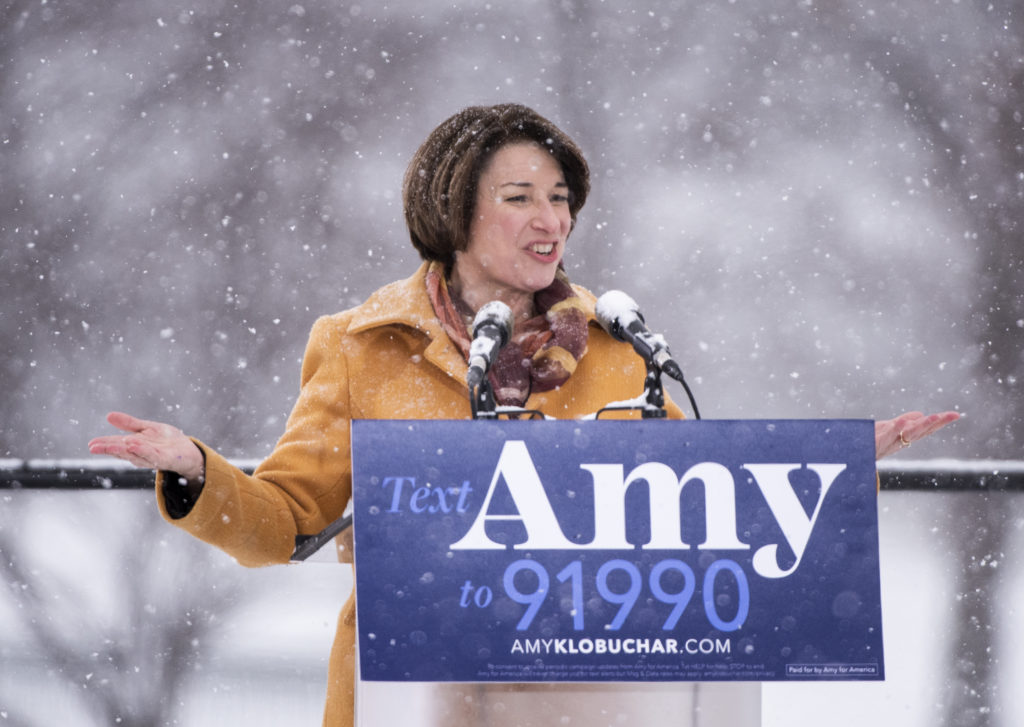 I’m glad that the 2020 Election has started early because now is the time to make yourself aware of how stupid things are going to get.

Are a lot of women running for president? Yes! That means that the relentless, unyielding stupidity we saw in 2016 is back in full force. Instead of tearing into one female candidate, we can watch, in real time, the character assassination of four or five women at once.

I don’t have a candidate or a preference yet, but Amy Klobuchar, Kamala Harris, Elizabeth Warren, and Kirsten Gillibrand would all be a thousand times better as president than any living Republican. I would enthusiastically support any one of them and vote for them over what we have now. That’s what matters. What we have, right now in this country, is a do-nothing tub of guts who is stealing everything that isn’t tied down. When they remove Trump from the White House, someone will have to count the silverware and check to see that there’s still toilet paper in the bathrooms.

Reading things like this just sets me off so I have to parse it all out and pace myself in order to deal with the mindlessness of it all:

During the 2016 election Hillary Clinton supporters responded to every criticism of their candidate — warranted and otherwise— with charges of sexism or misogyny. Didn’t like her foreign policy? You were just not ready for a female president. You found her manner condescending and patronizing? Well, that’s just pure misogyny.

That seems like a long time ago. With an overcrowded field of Democrats already jockeying for position for 2020, the knives have been sharpened and already put to use. Even before Senator Amy Klobuchar could declare her candidacy, she was getting more attention for having a bad temper and maintaining an allegedly hostile work environment than she was for her impressive legislative record.

It’s a little too soon to try and say that misogyny and hatred for Hillary Clinton because she was a woman wasn’t a major factor in her losing the electoral college. An endless stream of invective, using her gender, her appearance, her history, and whatever else was directed at a targeted population in three close states. When they weren’t making her look feeble they were insinuating every crime under the sun. When they weren’t actively targeting American voters and using Russian hackers to steal whatever was available, the Trump campaign was using voter information to manipulate public opinion.

All of this talk about how misogyny couldn’t have possibly been one factor among many is ridiculous. Of course it was part of her defeat. There was no way for someone like Trump, who lost by nearly 3 million in the popular vote, could have possibly gotten elected without using appeals to racism, hatred of immigrants, and denigration of women to motivate the worst aspects of the American electorate. No way whatsoever.

What matters is that we are living under the tyranny of a minority that has just enough advantages to render the American experiment a phony exercise in choosing between being pummeled to death or being run over by a bus. You can have rivers on fire or air you can’t breathe. You can have ruined parks or shattered forests. You can be broke or you can have a home with no value. You can have the bad part of town or you can live where the roads are gone to ruin. You can have oblivion or you can have disaster. You can suffer through horrors or you can sit back and watch them put babies in cages. You can have vinegar to drink and you can wash it down with bleach. Those are the choices we get every day—it can be bad or it can be really bad. We’re not allowed to have much of anything else.

I’m glad the Democrats are in power in one House of Congress, but, come on. Let’s get back on track and figure out what matters. Let’s find someone to lead us back to the light. I’m fucking sick of the darkness.