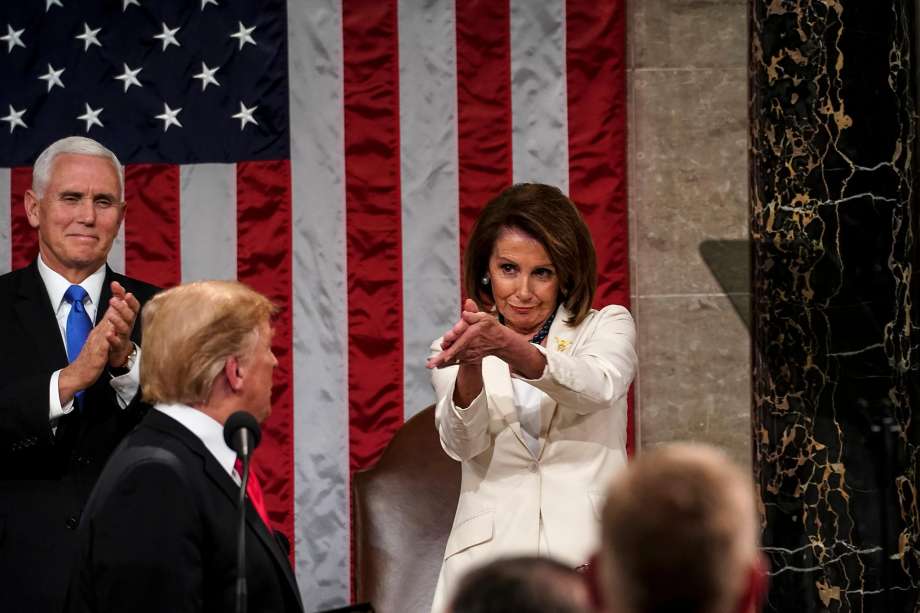 I think Nancy Pelosi is way out ahead of everyone with regards to whether or not Trump should be impeached:

It was Michael Cohen’s day on Capitol Hill, but Democrats are still waiting for Robert Mueller.

Donald Trump’s former lawyer leveled a raft of explosive allegations against the president Wednesday, but Speaker Nancy Pelosi and her leadership team are in no hurry to launch impeachment proceedings.

Instead, they’re still waiting to see what the special counsel turns up.

Pelosi largely sidestepped questions about Cohen’s testimony on Wednesday, declaring that she had been too busy to watch the hours-long grilling he received from her members on the House Oversight Committee.

“I haven’t seen one word of it. If I have a statement, you’ll be the first to know,” the California Democrat told reporters as she walked into the House chamber for floor votes. “Let me say this. I care a lot more about the bad policies of Donald Trump than his bad personality.”

What good would it do, ultimately, to impeach Trump in the House and then have his firewall of supporters in the Senate protect him and keep him in office?

There is nothing on Earth that will move more than a dozen Republican Senators. Name the ones who will go against Trump. You can’t name more than a half of a dozen. The rest will shore up his flank and keep him in office. As much as they might like a Pence presidency, they know it’s over. They know 2020 will be a bloodbath. There is all of 2019 and the calendar year of 2020 left to loot the treasury, stack the courts, gut the country, and please the uber-wealthy donors that allowed the GOP to keep the Senate. Why risk the wrath of Trump’s base now?

The smart political play is to let Trump ruin the GOP’s chances of holding onto the Senate as he drags himself inexorably to his own fate, which is that of indictment and eventual conviction for any of a number of felonies that will be stacked up against him when he leaves office. I know that creates a lot of pain and suffering between now and January 2021. I would like to see the whole lot of them swept out of office and everything handed over to Nancy Pelosi for safe keeping. But there just aren’t the votes to remove Trump and then Pence.

You want real recovery and change? Elect Democrats. Everywhere. Anything else just empowers the Trump regime.

The more the country hears about Trump’s lawlessness the better. Even the hardest of hearts are beginning to see they were conned. Their shame is a good thing. The people screaming about their tax returns know what the deal is, even if they can’t quite articulate what they think. This is still an unbelievably racist country, one that prefers a philandering felon in office over anything else because of the nominal R next to Trump’s name.

Unfortunately, it’s not a country ready to throw Trump out of office. It would be great if we could unite behind that idea, but I don’t see it happening.