Go Ahead and Resign Already, Jeez 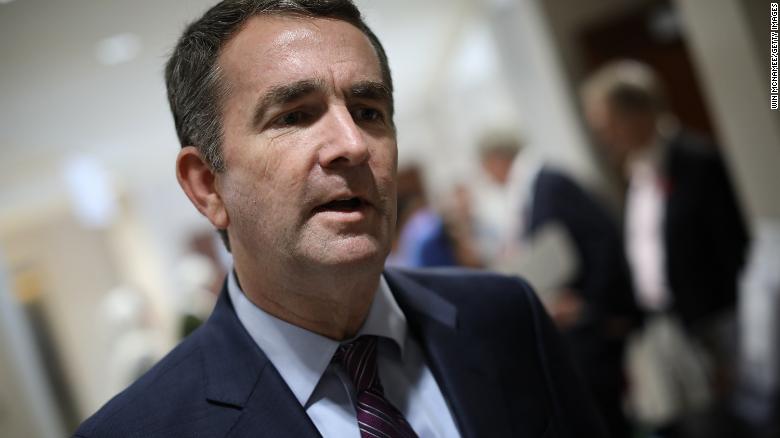 I’m not here to have a bullshit argument about whether or not someone can “mature” and “change” throughout their life so that they can have a convenient excuse ready at hand when it is revealed that, when they were a fucking adult, they did crazy racist shit like Ralph Northam.

No, I’m not here to excuse what he did and look for “nuance” because he’s a guy who beat a Republican.

I’m here to say go ahead and resign:

The Richmond Times-Dispatch, the primary daily newspaper in Virginia's capital city, is calling on Democratic Gov. Ralph Northam to resign following the emergence of a racist yearbook photo he appeared in during his time in medical school.

The newspaper published an editorial on Friday night after Northam apologized in a statement. In a video released later Friday evening, Northam indicated he plans to serve out his term.

"The photograph reveals a lack of adult judgment that is disturbing. It does not erase Northam's service in the military or his compassion as a physician. It does, however, strongly suggest that he should, for the good of Virginia, step down from its highest office and allow Lt. Gov. Justin Fairfax to succeed him," the editorial reads.

The photograph of Northam, which was obtained by CNN, appears in the 1984 yearbook for Eastern Virginia Medical School. It shows one person in blackface and another dressed in the Ku Klux Klan's signature white hood and robes. Northam did not say whether he was wearing the KKK outfit or blackface, but he confirmed he was in the photo, and said in a statement that the costume was "clearly racist and offensive."

Ralph Northam has known that this yearbook page was out there for thirty-five fucking years.

What a crock of shit. He knew this was out there, and he made a calculated decision to go ahead and expose himself to the consequences. He put his own desire for power ahead of the needs of the people of Virginia who were counting on him to not be a racist fucking douchebag.

The people in his immediate circle all knew about this, right? I’m sure he told everyone that this was out there, right? Oh, who the hell cares? They’re probably reeling right now, and there are a significant number of people who are going to have severe trust issues as a result of this.

Northam did it and he didn’t think of the tremendous distraction it would create. He did all of this and he didn’t care how it looked, what would happen when it came out, and he didn’t have an honest conversation with people before running for governor about what it meant and why it was wrong. If he had stood up and said, “this is what I did in college. I known now that it was wrong. I should have known it was wrong at the time and I should tell you about this because I have changed, I have dedicated myself to public service, and I need you to know that I did this terrible thing BEFORE you cast your vote for me so that we can start off on the right foot.”

When caught, he fell back on saying he was sorry, and he stopped short of resigning.

Well, what are you waiting for, Governor Northam? Go ahead and resign already.

In the Democratic Party, we don’t tolerate this bullshit. The governorship of one state is not worth compromising what we stand for. I believe that if we do not call for Northam’s resignation, we’re no better than the yahoos in Northwest Iowa who vote to send Steve King back to Washington every two years. We are not hypocrites. We do not fold up and shit the bed when it comes time to take a stand. We don’t equivocate and turn a blind eye and betray our principles like millions have done every day for the last three years of Trump. No, we have zero goddamned tolerance for this and we are consistent and precise with how we feel about it.