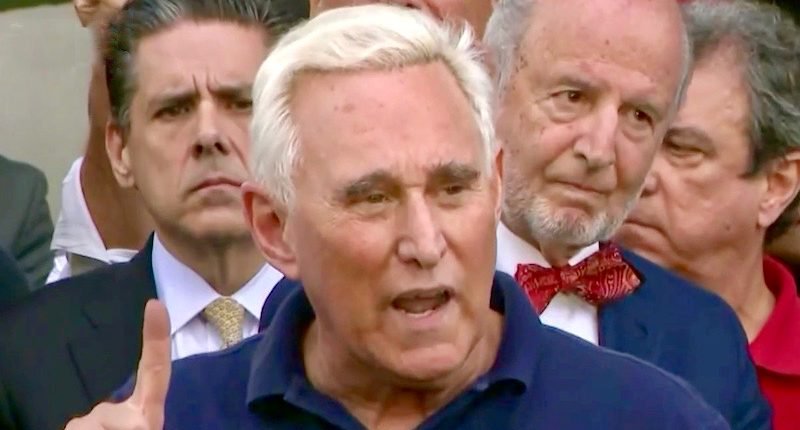 Roger Stone should be in jail.

“Through legal trickery Deep State hitman Robert Mueller has guaranteed that my upcoming show trial is before Judge Amy Berman Jackson , an Obama appointed Judge who dismissed the Benghazi charges again Hillary Clinton [sic] and incarcerated Paul Manafort prior to his conviction for any crime,” he wrote. Stone then asked for donations.

The Guardian’s Jon Swaine noted that the picture Stone posted on Instagram placed crosshairs next to Jackson’s head. 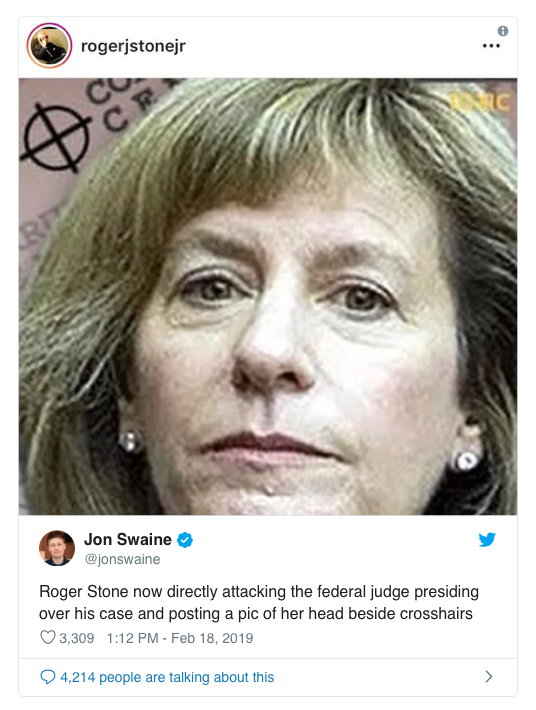 Polite society would be safer and better off in the long run if Roger Stone was locked up. He knows exactly what he’s doing and there isn’t anything innocent about what he does.

Aren’t we done with this asshole yet? Are supposed to suffer these people from now until who knows when? Electing a Democrat president won’t make them go away. Stone is the cockroach of political consultants. Someone will take up his mantle long after he’s gone and inject filth like this into our society.