Trump Will Never Be Presidential 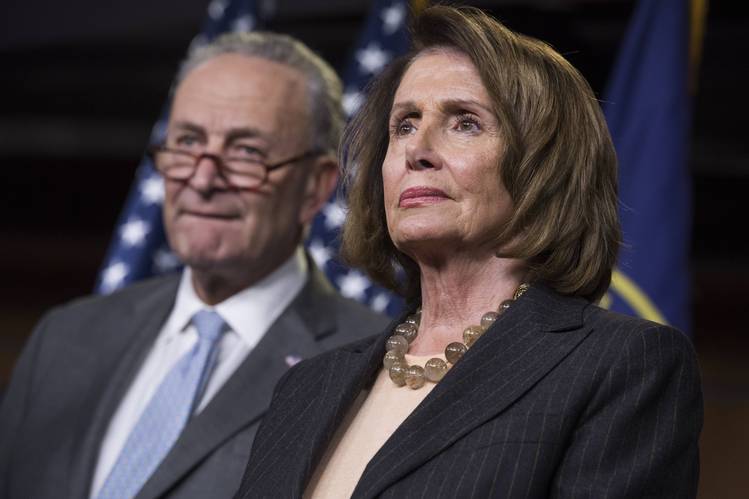 The whole Trump team is not as smart or as talented as they think they are, and it shows:

President Donald Trump on Saturday launched a new plan to end the government shutdown, offering temporary protection from deportations for some undocumented immigrants in exchange for $5.7 billion in wall funding.

But Democrats swiftly rejected the proposal, which also includes millions of dollars for humanitarian aid and drug detection technology, and called on Trump to open the government before negotiations on immigration could start.

The President delivered a short speech from the White House in an attempt to shift the political dynamics of the longest government shutdown in history after polls showed that he was getting most of the blame. He had previously said he would be "proud" to close down the government in the wall fight.

He offered a three-year reprieve from deportation to undocumented migrants brought to the US as children who are covered by the Deferred Action for Childhood Arrivals program and to people from certain nations who qualify for Temporary Protected Status.

We are sitting where we are because Trump, his half-assed regime, and the Republicans who support him failed to position themselves as being in a place of strength with regards to shutting down the government. They don’t have the ability to negotiate and they can’t find a way out of this mess so everything they have taken hostage has to suffer. Our entire country is going to feel the effects of this shutdown in one way or another. Our economy is going to take a hit, families are suffering tremendous stress right now, and people who haven’t been paid are being pushed to the breaking point.

This is the result of believing in the idea that Trump would figure out how to be presidential. You can draw a straight line back to the same person who was inaugurated two years ago. He has not evolved or changed, he hasn’t learned or adapted to the challenges of the job, and he has managed to be awful in every way the whole way through.

Welcome to another two years of Trumpism. The only thing standing between us and oblivion are a handful of Democrats, and we better find a way to support them as much as humanly possible.