My Offer is Nothing 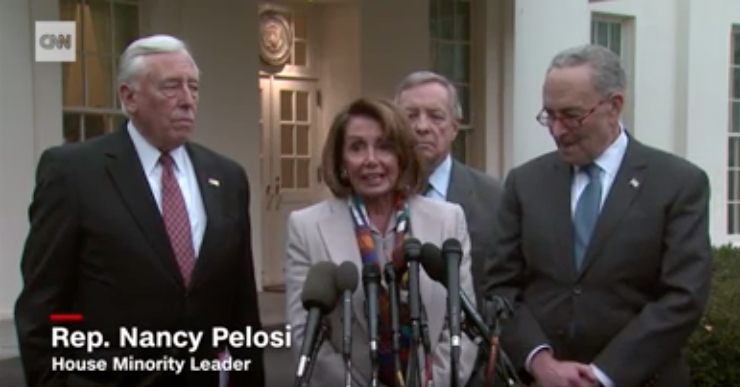 House Minority leader Nancy Pelosi is willing to give "nothing for the wall," she said in an interview clip that was tweeted on Wednesday -- the 12th day of the government shutdown and the eve of the Democratic-majority 116th Congress' swearing in.

Pelosi, Senate Minority Leader Chuck Schumer and other congressional Democrats have rejected President Donald Trump's calls for $5 billion of funding for a wall on the southern border.

"Are you willing to come up and give him some of this money for the wall?" NBC's Savannah Guthrie asked Pelosi in an interview slated to air in full Thursday.

"No, no. Nothing for the wall," Pelosi replied. "We're talking about border security."

"We can go through this all back and forth -- no," Pelosi added. "How many more times can we say no? Nothing for the wall."

Trump probably figures that he’s the one who knows how to deal with people who are tough, who are smart, and who know how to negotiate. Of course, we know how foolish he is and we all know how this is going to end. I expect to see him running around the White House grounds with no pants on before the month is over.