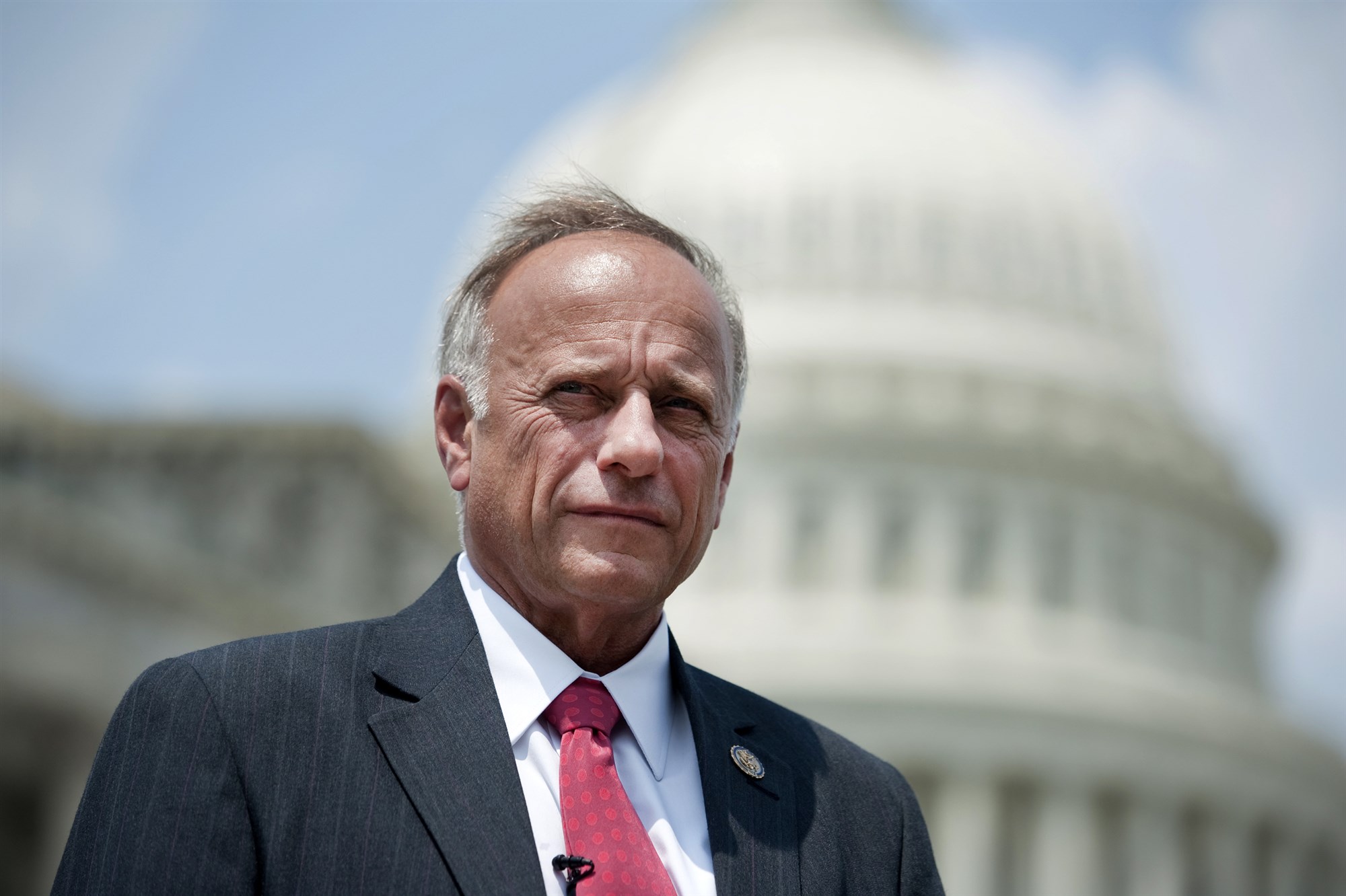 Congressman Steve King of Iowa has long been regarded a representative at-large for white supremacy in the U.S. Congress. The people of his home state have not been the only ones giving him money and propping him up so he can say racist bullshit in public. This article dares to ask the people who sent him back to work last fall what they think of him, and surprise, some of them are just awful people:

Jeannie Small, a Republican voter from Humboldt, thinks King should resign, telling NBC News, "I don’t think people have the confidence in him now. He says he didn’t mean what he said. But he’s done himself damage."

But Mary Grim did not find King’s racist comments offensive.

"People who think it’s offensive need to get a damn backbone and shut the hell up," Grim said. She contended that an “invasion” is taking place at the U.S.-Mexico border.

Scott Wolff also believes the congressman should hold his ground.

"Everybody slips up a little bit," Wolff said. "I don’t think he really meant what he said. And he’s trying to tell the people that. I hope that’s the way it is."

I don’t care about their economic anxiety and I don’t need to know what it will take for them to vote for a Democrat. They can go to hell along with King.